The Battle of the Somme film

Made by the War Office as a public information film for the home front, "The Battle of the Somme" featured real footage from the war. 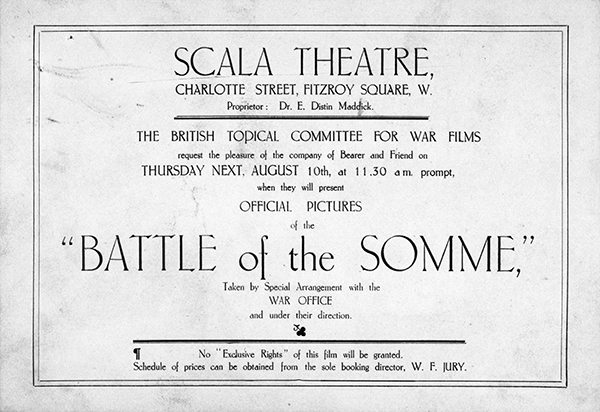 The film broke box office records and in autumn 1916 nearly half the population of the UK watched it at the cinema. The most powerful scene, depicting British soldiers going over the top to face the Germans, was reconstructed behind the lines. The film had a huge impact on British audiences. Seeing the horror of industrial warfare for the first time imbued the British public with a determination to see the conflict through to the end.