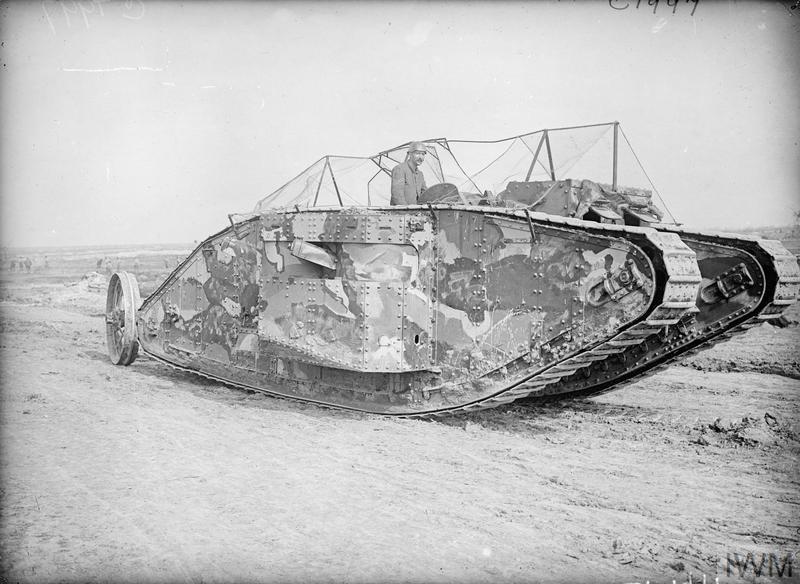 By early September, the French had made significant gains and this put General Haig under pressure to launch a major attack. On 15 September the British artillery unleashed 828,000 shells and 6 divisions of men advanced, aided by their secret weapon, 49 Mark I tanks. Yet many broke down – only 15 made it to the front line. The British advanced about 1.5 miles, finally taking High Wood. However, the exhausted British soldiers could not progress any further – they sustained 29,000 casualties.

The battle was, like 1 July, an ambitious operation fought on a front from the Reserve Army, across all of 4th Army and down to the French area, where the 6th Army also attacked. Field Marshal Haig’s preference was to use the assault to break through German defences between the villages of Flers and Courcelette. Both were well behind German lines at the start of the battle, but a thrust between them parallel with the Roman road meant that a full cavalry corps could seize Bapaume. Once this position well to the rear of the existing German positions was in British hands, it was theoretically possible for the most mobile troops, the cavalry, to exploit the lack of German defences to ‘roll up’ the enemy position, pushing towards Arras. German troops in entrenched positions facing west would find British troops behind them and have no choice but to retreat or surrender. It was hoped that this bold move would unlock the trench stalemate and end the war in weeks or months. Once again, the prospect of such a complex operation with objectives well behind the existing frontline did not match Rawlinson’s assessment of the ability of the troops under his command. He preferred the ‘bite and hold’ policy he had advocated on the first day and found himself being pushed by his Commander-in-Chief to be less cautious. Rawlinson was aware that his resources were limited and although the weight of shells fired by British artillery was heavier than on 1 July, it did not match that of 14 July.

In the battle that followed, the right-hand, southern XIV Corps was hampered by inadequate artillery preparation and the fact that a German strongpoint lay in one of the unshelled ‘tank lanes’. Worse still, of the fifteen tanks allocated only two went into action. The result was that the 56th, 6th and Guards Divisions made little headway and took heavy casualties. The Guards did best, advancing 1,500yd, though they ended the day well short of their objective, Lesboeufs. The Guards’ experience was matched by 14th (Light) Division of XV Corps, but to their north the newly arrived 41st Division achieved a spectacular success. By 8.30 a.m. tanks were seen in the village of Flers, the divisional objective, and within fifteen minutes infantry had joined them and occupied the north and west of the village. The area between Delville and High Woods was allotted to New Zealand Division, whose advance demonstrated a lack of experience of conditions on the Western Front. The division had previously served at Gallipoli and had a good reputation. On 15 September they were hampered by the late arrival of their supporting tanks and by their own errors. Twice during the day advancing New Zealand troops suffered casualties from their own supporting bombardment. 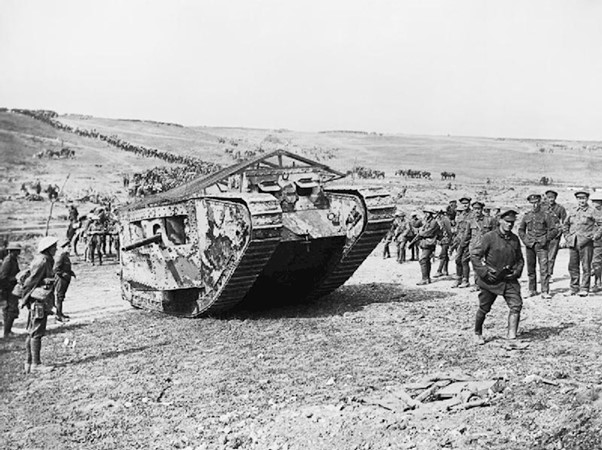 A Mark I tank preparing for the advance on Flers, 15 September 1916 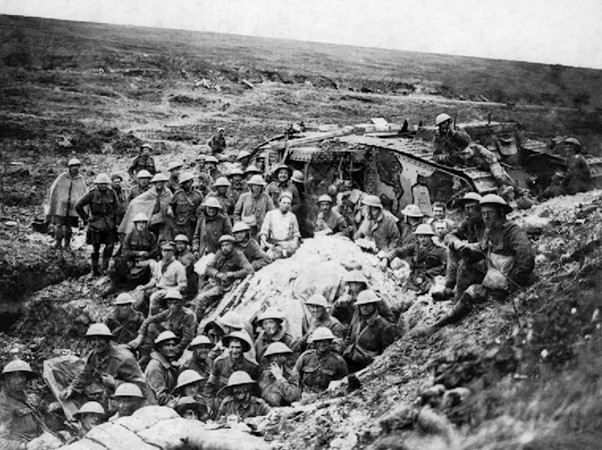 Troops with a tank at Flers-Courcelette, 1916

However, by evening they had made contact with the men of 41st Division in Flers. XV Corps can be said to have done a good job. Sadly the same cannot be said of 47th Division on the flank of New Zealand Division. Their task was to capture High Wood, which had been attacked on so many previous occasions without success. The commander of III Corps felt that the wood could be secured with tanks, despite warnings from members of the fledgling Tank Corps that the vehicles were unsuitable for broken terrain littered with projecting branches and tree stumps. Lieutenant General Pulteney was insistent that tanks and not artillery would fire the infantry onto their first objective. The result was almost inevitable: only one tank was able to get into the wood and infantry casualties were high. The division captured the wood, but could not advance any further that day.

To the north of this attack, despite being hampered by the failure to seize High Wood, 50th (Northumbrian) and 15th (Scottish) Divisions were able to capture the village of Martinpuich. On the front of the Reserve Army the Canadian Corps committed two divisions to the attack down the axis of the Albert–Bapaume road. On the left 2nd Canadian Division captured the village of Courcelette and on the north boundary of the battle 3rd Canadian Division took some sections of the key Fabeck Graben. Despite heavy and effective artillery support, both divisions were involved in fierce fighting with the German defenders and were unable to exploit their victories. By the end of the day the German third-line defences had been captured on a front of 4,500yd and to a depth of 2,500yd. Casualties were far fewer than 1 July, roughly half, and the ground captured double, but it was not the anticipated breakthrough. To make matters worse for the Allies, the French attack on the southern flank failed. It was a day of mistakes and over-ambition compounded by mechanical problems with the tanks, a failure to understand their limitations and a clear lack of training and experience. The German army were taken by surprise by the tanks, but had fought back and the tanks were destroyed by artillery fire and damaged or destroyed by armour-piercing bullets fired from rifles and machine guns. The Germans would soon develop anti-tank weapons and anticipated tactical success against this new weapon in future. There was no question of the Allies consolidating gains and going ‘firm’ on the line held on the evening of 15 September. The expectation of General Foch was that the battle would continue. 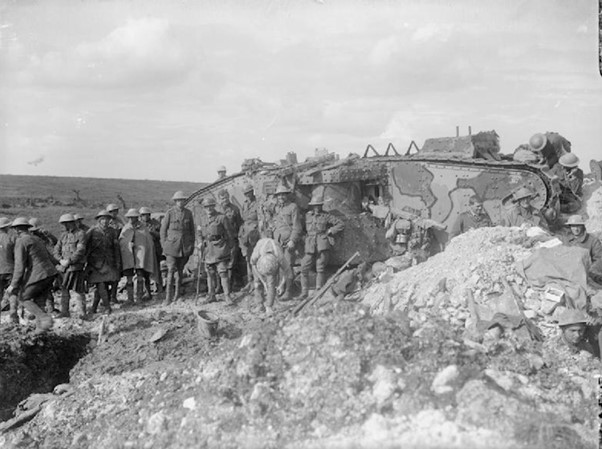