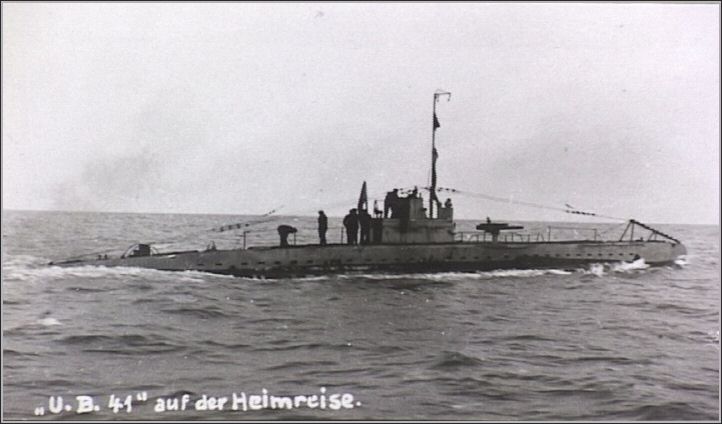 On 22 December 1916, Admiral von Holtzendorff composed a memorandum which became the pivotal document for Germany's resumption of unrestricted U-boat warfare in 1917. Holtzendorff proposed breaking Britain's back by sinking 600,000 tons of shipping per month, based on a February 1916 study by Dr. Richard Fuss, who had postulated that if merchant shipping was sunk at such a rate, Britain would run out of shipping and be forced to sue for peace within six months, well before the Americans could act. Even if the

On 9 January 1917, the Kaiser met with Chancellor Bethmann-Hollweg and military leaders at Schloss Pless to discuss measures to resolve Germany's increasingly grim war situation; its military campaign in France had bogged down, and with Allied divisions outnumbering German ones by 190 to 150, there was a real possibility of a successful Allied offensive. Meanwhile, the German navy was bottled up in its home port of Kiel, and the British blockade had caused a food scarcity that was in turn causing deaths due to malnutrition. The military staff urged the Kaiser to unleash the submarine fleet on shipping travelling to Britain, Hindenburg advising the Kaiser that The war must be brought to an end by whatever means as soon as possible. On 31 January, the Kaiser duly signed the order for unrestricted submarine warfare to resume effective 1 February; Bethmann-Hollweg, who had opposed the decision, said Germany is finished 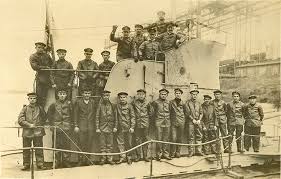 On 27 January, Admiral Beatty observed that The real crux lies in whether we blockade the enemy to his knees, or whether he does the same to us.

Germany had 105 submarines ready for action on 1 February: 46 in the High Seas Fleet; 23 in Flanders; 23 in the Mediterranean; 10 in the Baltic; and 3 at Constantinople. Fresh construction ensured that, despite losses, at least 120 submarines would be available for the rest of 1917. The campaign was initially a great success, nearly 500,000 tons of shipping being sunk in both February and March, and 860,000 tons in April, when Britain's supplies of wheat shrank to six weeks’ worth. In May losses exceeded 600,000 tons, and in June 700,000. Germany had lost only nine submarines in the first three months of the campaign.

On 3 February, in response to the new submarine campaign, President Wilson severed all diplomatic relations with Germany, and the US Congress declared war on 6 April.