The Battle of Loos was fought in September 1915

The battle at Loos was part of Marshal Joffre’s campaign in Artois that was designed to push back the Germans in a two-pronged offensive. Hence why on September 25th the British 1st Army commanded by Douglas Haig attacked German positions at Loos. 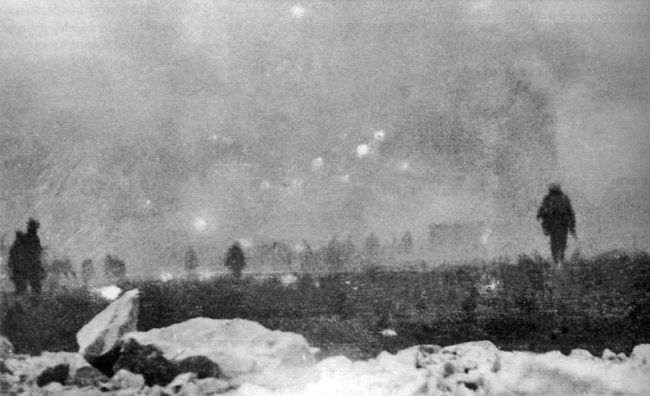 1915 had not been a particularly successful year for the Allies. There had been no decisive advance on the Western Front where trench warfare remained dominant. The Allies were also still reeling from the disaster at Gallipoli and the Germans were inflicting continuing major damage on the Russian Army on the Eastern Front. Joffre, wanted to launch a joint British-French attack on the Germans in Artois, the success of which would do a great deal to boost the morale of the Allies with the ultimate goal of delivering a decisive blow against the Germans. One prong of Joffre’s attack would be carried out solely by the French with an attack on the Germans in Champagne. A joint British-French attack in Artois involved the British attacking just north of Lens at Loos with the French 10th Army attacking the German south of Lens.

When Haig toured the region to the north of Lens he found that the land was flat and open to German machine gun fire. He feared heavy losses. He relayed his fears of major casualties to Joffre but the French Marshal was not prepared to change his plans. Kitchener told Haig that co-operation was essential, though he did recognise that the British might experience heavy losses.

With such pressure put on him, Haig had to come up with a plan for the attack at Loos. He decided to attack in a very narrow frontage so that the British could concentrate their fire to its maximum extent against German machine guns. Haig’s plan was simple – concentrated British artillery fire and pinpoint infantry fire would give the advancing British troops sufficient cover

The Loos Memorial commemorates over 20,000 soldiers of Britain and the Commonwealth who fell in the battle and have no known grave. The community of Loos in British Columbia, changed its name to commemorate the battle and several participants wrote of their experiences, Robert Graves described the battle and succeeding days in his war memoir Goodbye to All That (1929), Patrick MacGill, who served as a stretcher-bearer in the London Irish and was wounded at Loos in October 1915, described the battle in his autobiographical novel The Great Push (1916) and J. N. Hall related his experiences in the British Army at Loos in Kitchener's Mob (1916).