The Battle of the Menin Road Ridge

Sometimes called "Battle of the Menin Road", was the third British general attack of the Third Battle of Ypres in the First World War. The battle took place from 20–25 September 1917, in the Ypres Salient in Belgium on the Western Front. During the pause in British and French general attacks between late August and 20 September, the British changed some infantry tactics, adopting the leap-frog method of advance, where waves of infantry stopped once they reached their objective and consolidated the ground, while other waves passed through the objective to attack the next one and the earlier waves became the tactical reserve. General adoption of the method was made possible when more artillery was brought into the salient, by increasing the number of aircraft involved in close air support and by specialising the tasks of air defence, contact-patrol, counter-attack patrol, artillery observation and ground-attack. 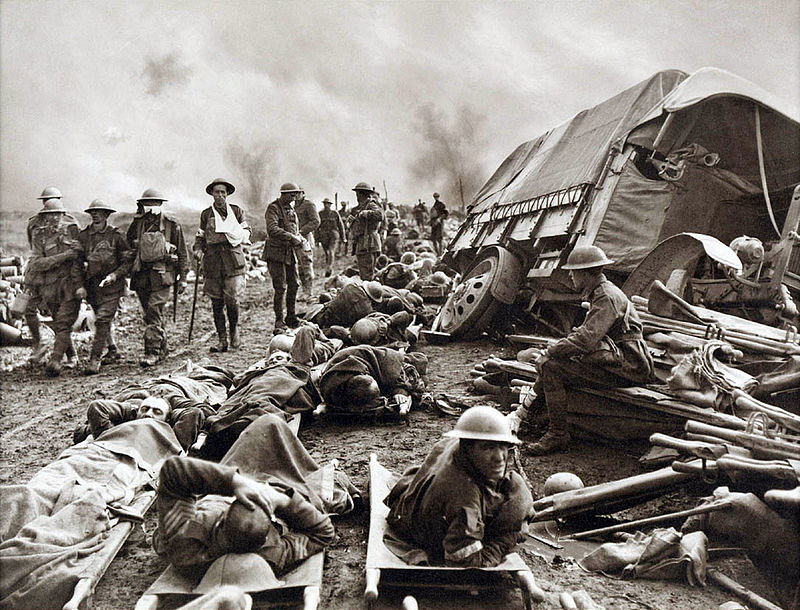 In early September, optimism increased among German commanders that the Flanders offensive had been defeated and several divisions and air units were transferred elsewhere. Drier weather and extensive road repairs made it much easier for the British to move vast amounts of supplies forward from the original front line. Visibility increased except for frequent ground fog around dawn, which helped conceal British infantry during the attack, before clearing to expose German troop movements to British observation and attack. The British infantry succeeded in capturing most of their objectives and then holding them against German counter-attacks, inflicting many casualties on the local German defenders and Eingreif division sent to reinforce them by massed artillery and small-arms fire. German defences on the Gheluvelt Plateau, which had been retained or quickly recaptured in July and August were lost and the British began a run of success which lasted into early October.