After over three months of bloody combat, the Third Battle of Ypres effectively comes to an end on November 6, 1917, with a hard-won victory by British and Canadian troops at the Belgian village of Passchendaele. 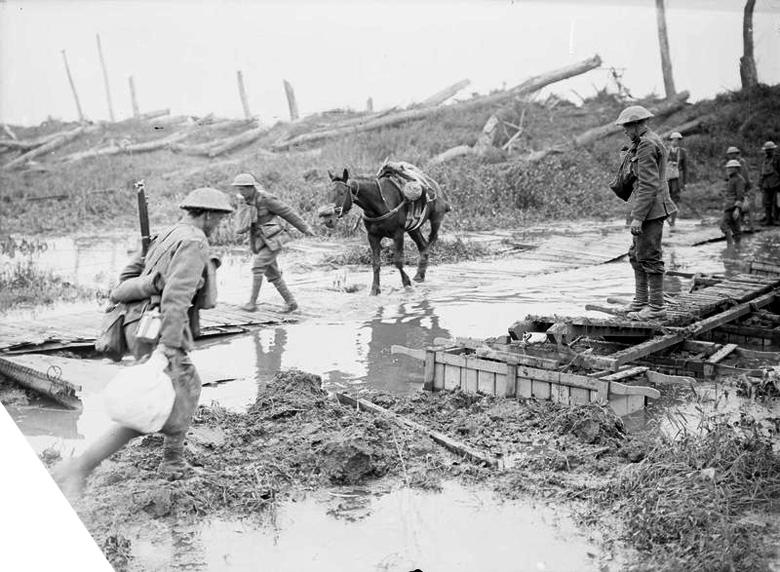 Launched on July 31, 1917, the Third Battle of Ypres was spearheaded by the British commander in chief, Sir Douglas Haig. After a major Allied offensive by the French failed the previous May, Haig determined that his troops should launch another one that same year, proceeding according to his mistaken belief that the German army at this point in World War I was on the verge of collapse, and could be broken completely by a major Allied victory. As the site for the offensive Haig chose the much-contested Ypres Salient, in the Flanders region of Belgium, a region that had seen two previous German-led offensives. Ostensibly aimed at destroying German submarine bases located on the north coast of Belgium, Haig’s Third Battle of Ypres began with significant Allied gains but soon bogged down due to heavy rains and thickening mud.

By the end of September, the British were able to establish control over a ridge of land east of the town of Ypres. From there, Haig pushed his commanders to continue the attacks towards the Passchendaele ridge, some 10 kilometres away. As the battle stretched into its third month, the Allied attackers reached near-exhaustion, while the Germans were able to reinforce their positions with reserve troops released from the Eastern Front, where Russia’s army was in chaos. Refusing to give up the ghost of his major victory, Haig ordered a final three attacks on Passchendaele in late October.

On October 30, Canadian troops under British command were finally able to fight their way into the village; they were driven back almost immediately, however, and the bloodshed was enormous. The sights up there are beyond all description, one officer wrote weeks later of the fighting at Passchendaele, it is a blessing to a certain extent that one becomes callous to it all and that one’s mind is not able to take it all in. Still Haig pushed his men on, and on November 6 the British and Canadian troops were finally able to capture Passchendaele, allowing the general to call off the attacks, claiming victory. In fact, British forces were exhausted and downtrodden after the long, grinding offensive. With some 275,000 British casualties, including 70,000 dead—as opposed to 260,000 on the German side—the Third Battle of Ypres proved to be one of the most costly and controversial Allied offensives of the Great War.