Britain captured Jerusalem from the Turks

After Turkish troops move out of the region after only a single day s fighting, officials of the Holy City of Jerusalem offer the keys to the city to encroaching British troops. 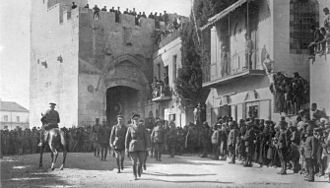 The British, led by General Edmund Allenby, who had arrived from the Western Front the previous June to take over the command in Egypt, entered the Holy City two days later under strict instructions from London on how not to appear disrespectful to the city, its people, or its traditions. Allenby entered Jerusalem on foot—in deliberate contrast to Kaiser Wilhelm s more flamboyant entrance on horseback in 1898—and no Allied flags were flown over the city, while Muslim troops from India were dispatched to guard the religious landmark the Dome of the Rock.

In a proclamation declaring martial law that was read aloud to the city s people in English, French, Arabic, Hebrew, Russian and Greek, Allenby assured them that the occupying power would not inflict further harm on Jerusalem, its inhabitants, or its holy places. Since your city is regarded with affection by the adherents of three of the great religions of mankind and its soil has been consecrated by the prayers and pilgrimages of multitudes of devout people, I make it known to you that every sacred building, monument, holy spot, shrine, traditional site, endowment, pious bequest, or customary place of prayer will be maintained and protected according to the existing customs and beliefs of those to whose faith they are sacred. 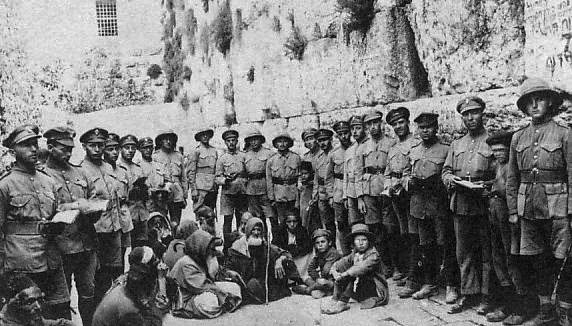 Church bells in Rome and London rang to celebrate the peaceful British arrival in Jerusalem. Allenby s success, after so much discouragement on the Western Front, elated and inspired Allied supporters everywhere.