Sailors in the German High Seas Fleet steadfastly refused to obey an order from the German Admiralty to go to sea to launch one final attack on the mighty British navy, echoing the frustrated, despondent mood of many on the side of the Central Powers during the last days of World War I. 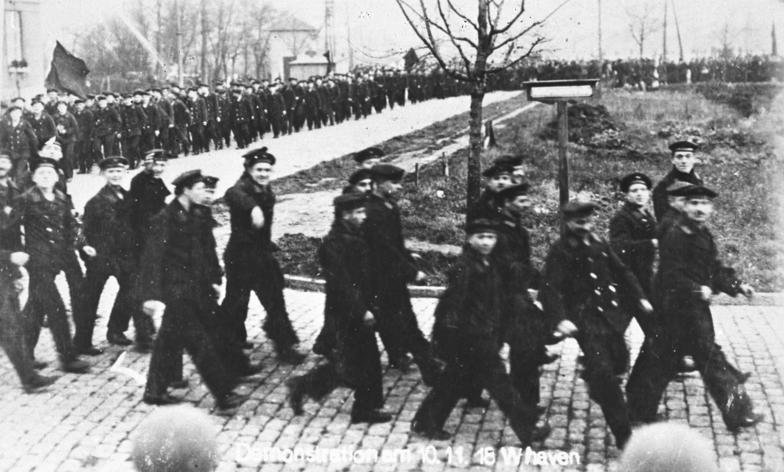 By the last week of October 1918, three of the Central Powers—Germany, Austria-Hungary and the Ottoman Empire—were at least in talks with the Allies about reaching an armistice, while the fourth, Bulgaria, had already concluded one at the end of September. With the end of the war seemingly in sight, the German naval command—led by the Admiralty’s chief of staff, Reinhardt Scheer—decided to launch a last-ditch effort against the British in the North Sea in a desperate attempt to restore the German navy’s prestige. In the words of Reinhardt Scheer, chief of staff of the German Admiralty, “An honorable battle by the fleet—even if it should be a fight to the death—will sow the seed of a new German fleet of the future. There can be no future for a fleet fettered by a dishonorable peace.” Choosing not to inform the chancellor, Max von Baden, of its plans, the German Admiralty issued the order to leave port on October 28.

The sailors themselves, however, believing the attack to be a suicide mission, would have none of it. Though the order was given five times, each time they resisted. In total, 1,000 mutineers were arrested, leaving the Imperial Fleet immobilized. By October 30, the resistance had engulfed the German naval base at Kiel, where sailors and industrial workers alike took part in the rebellion; within a week, it had spread across the country, with revolts in Hamburg, Bremen and Lubeck on November 4 and 5 and in Munich two days later. This widespread discontent led Socialist members of the German Reichstag, or parliament, to declare the country a republic on November 9, followed swiftly by Kaiser Wilhelm’s abdication and finally, on November 11, by the end of the First World War.