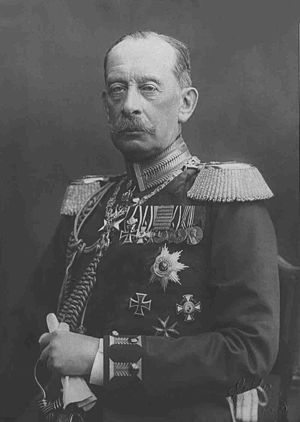 On the afternoon of this day in 1914, two days after declaring war on Russia, Germany declares war on France, moving ahead with a long-held strategy, conceived by the former chief of staff of the German army, Alfred von Schlieffen, for a two-front war against France and Russia. Hours later, France makes its own declaration of war against Germany, readying its troops to move into the provinces of Alsace and Lorraine, which it had forfeited to Germany in the settlement that ended the Franco-Prussian War in 1871.

With Germany officially at war with France and Russia, a conflict originally centered in the tumultuous Balkans region—with the assassination of Austrian Archduke Franz Ferdinand and his wife by a Serbian nationalist in Sarajevo on June 28, 1914, and the subsequent standoff between Austria-Hungary, Serbia and Serbia’s powerful Slavic supporter, Russia—had erupted into a full-scale war. Also on August 3, the first wave of German troops assembled on the frontier of neutral Belgium, which in accordance with the Schlieffen Plan would be crossed by German armies on their way to an invasion of France. The day before, Germany had presented Belgium and its sovereign, King Albert, with an ultimatum demanding passage for the German army through its territory.

This threat to Belgium, whose perpetual neutrality had been mandated by a treaty concluded by the European powers—including Britain, France and Germany—in 1839, united a divided British government in opposition to German aggression. Hours before Germany’s declaration of war on France on August 3, the British foreign secretary, Sir Edward Grey, went before Parliament and convinced a divided British government—and nation—to give its support to Britain’s entrance into the war if Germany violated Belgian neutrality.

The lamps are going out all over Europe; we shall not see them lit again in our lifetime, Grey famously remarked to a friend on the night of August 3. The next day, Britain sent its own ultimatum to Berlin: halt the invasion of Belgium or face war with Britain as well. A reply was demanded by midnight that night. At noon that day, King Albert finally made a concerted appeal for help to France and Britain, as guarantors of Belgium’s neutrality according to the Treaty of 1839. To do so earlier, to call in the French and British too soon, would have risked violating his country’s neutrality before Germany had done so. When London received no answer to its ultimatum—the first German troops had in fact crossed the Belgian frontier at Gemmerich, 30 miles from the fortress city of Liege, that morning—Britain declared war on Germany.

In August 1914, as the great powers of Europe readied their armies and navies for a fight, no one was preparing for a long struggle—both sides were counting on a short, decisive conflict that would end in their favor. “You will be home before the leaves have fallen from the trees,” Kaiser Wilhelm assured troops leaving for the front in the first week of August 1914. Even though some military leaders, including German Chief of Staff Helmuth von Moltke and his French counterpart, Joseph Joffre, foresaw a longer conflict, they did not modify their war strategy to prepare for that eventuality. One man, the controversial new war secretary in Britain, Lord Horatio Kitchener, did act on his conviction that the war would be a lasting one, insisting from the beginning of the war—against considerable opposition—on the need to build up Britain’s armed forces. “A nation like Germany, Kitchener argued, after having forced the issue, will only give in after it is beaten to the ground. This will take a very long time. No one living knows how long.