Germany signed an armistice with the Allies – the official date of the end of World War One. 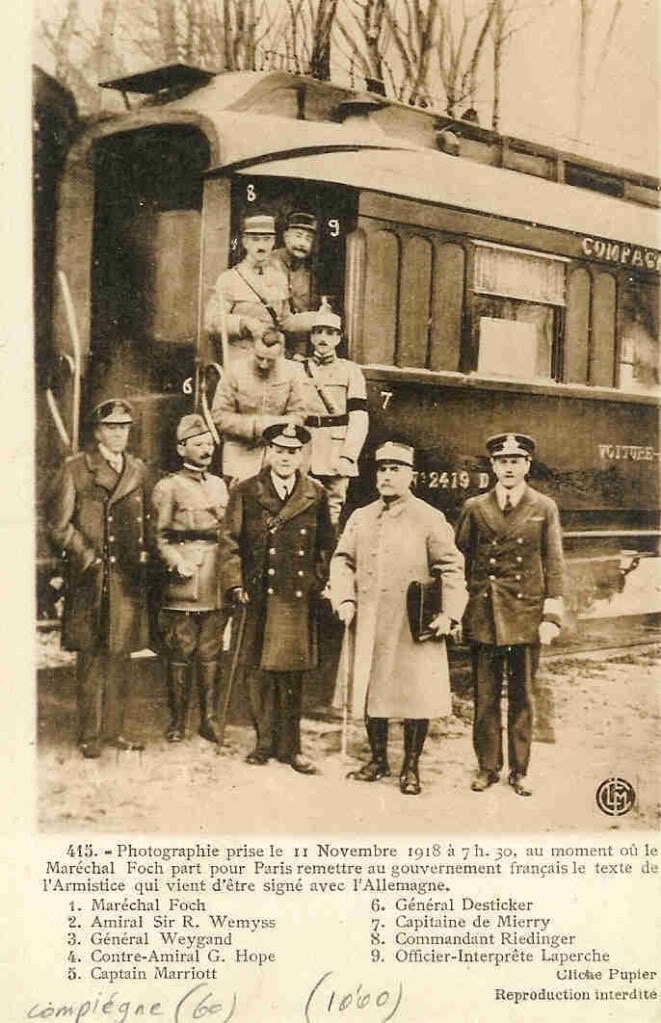 Armistice of Compiègne, the agreement that ended the fighting on the Western Front. It went into effect at 11 a.m. Paris time on 11 November 1918 ("the eleventh hour of the eleventh day of the eleventh month"), and marked a victory for the Allies and a complete defeat for Germany, although not formally a surrender. The Germans were responding to the policies proposed by U.S. President Woodrow Wilson in his Fourteen Points of January 1918. The actual terms, largely written by French Marshal and Supreme Commander of the Allied Armies Ferdinand Foch, included the cessation of hostilities, the withdrawal of German troops to behind their own borders, the preservation of infrastructure, the exchange of prisoners, a promise of reparations, the disposition of German warships and submarines, and conditions for prolonging or terminating the armistice. Although the armistice ended the actual fighting, it took six months of negotiations at the Paris Peace Conference to conclude the peace treaty, the Treaty of Versailles.