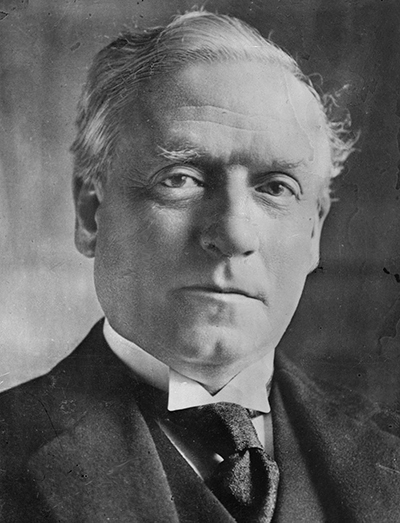 Great Britain, led by Prime Minister Herbert Asquith, had handed Germany an ultimatum to get out of Belgium by midnight of August 3. Germany did not, so Great Britain declared war on Germany.

It was eleven o’clock at night – twelve by German time – when the ultimatum expired. The windows of the Admiralty were thrown wide open in the warm night air. Under the roof from which Nelson had received his orders were gathered a small group of admirals and captains and a cluster of clerks, pencils in hand, waiting. Along the Mall from the direction of the Palace the sound of an immense concourse singing ‘God save the King’ flouted in. On this deep wave there broke the chimes of Big Ben; and, as the first stroke of the hour boomed out, a rustle of movement swept across the room. The war telegram, which meant, Commence hostilities against Germany, was flashed to the ships and establishments under the White Ensign all over the world. I walked across the Horse Guards Parade to the Cabinet room and reported to the Prime Minister and the Ministers who were assembled there that the deed was done.