British and French battleships launch a massive attack on Turkish positions at Cape Helles and Kum Kaleh at the entrance to the Dardanelles, the narrow strait separating Europe from Asia in north-western Turkey and the only waterway linking the Mediterranean Sea to the Black Sea. 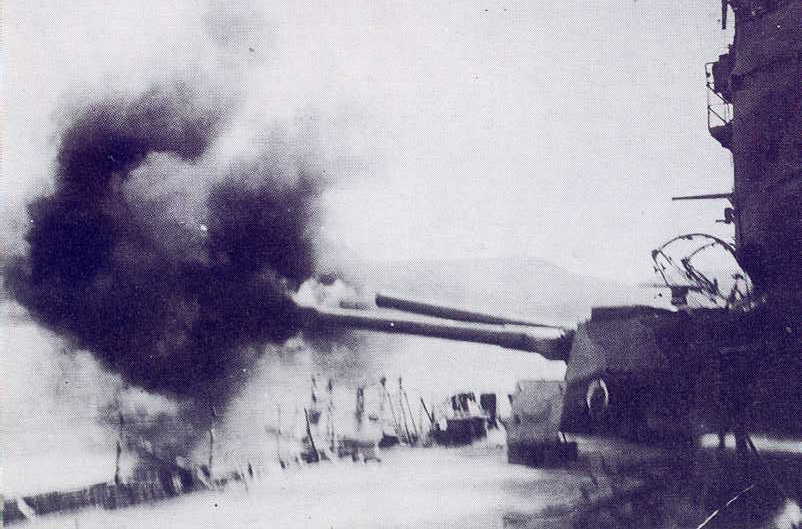 With Turkey’s entrance into World War I in November 1914 on the side of the Central Powers, the Dardanelles were controlled by Germany and its allies, thus isolating the Russian navy from the Allied naval forces and preventing cooperation between the two, as well as blocking passage of Russian wheat and British arms back and forth. An attack on the Dardanelles was thus a key objective of the Allies from the beginning of the war.

The British, and especially Lord of the Admiralty Winston Churchill, became convinced that it was possible to win control of the strait by a purely naval attack, avoiding the diversion of soldiers from the battlegrounds on the Western Front. At the end of January 1915, the British War Office approved a plan to bombard the Turkish positions at the Dardanelles; the initial bombardments would make way, they hoped, for British forces to move on Constantinople, knock Turkey out of the war and open a path to Russia. .

Churchill set the date for the attack as February 19; on that day, a combined British and French fleet commanded by Admiral Sackville Carden opened fire with long-range guns on the outer Turkish fortresses, Cape Helles and Kum Kaleh. The bombardments made little initial impact, however, as the Turks were not caught unawares: they had long known an attack on the Dardanelles was a strong possibility and had been well fortified by their German allies. .

The largely unsuccessful Allied efforts to force their way into the Dardanelles continued over the next two months, including a disastrous attempt on March 18 in which three ships were sunk and three more badly damaged by Turkish mines before the attack had even begun. Over Churchill’s protests, the naval attack was called off and a larger land invasion involving 120,000 troops was planned. .

On April 25, troops from Britain, Australia and New Zealand launched a ground invasion of the Gallipoli Peninsula, which bordered the northern side of the strait. The Turkish defence soon pushed the Allies back to the shore, inflicting heavy casualties. Trenches were dug, and the conflict settled into a bloody stalemate for the next eight months. Some 250,000 Allied soldiers died at Gallipoli; Turkish casualty rates were roughly the same. In December, the exhausted and frustrated Allied forces began their retreat. The last Allied soldiers left Gallipoli on January 8, 1916. As a result of the disastrous campaign, Winston Churchill resigned as first lord of the Admiralty and accepted a commission to command an infantry battalion in France.