The Assault on Bazentin Ridge

Having captured Mametz Wood on 12 July, the British moved onwards toward High Wood in a continuation of the push through German lines. The Battle of Bazentin Ridge, which ran from 14-17 July 1916 and comprised part of the second phase of the Somme Offensive, was launched primarily by Reserve Army (twelve battalions) with Rawlinson's Fourth Army providing a further battalion, on a front extending from Longueval to Bazentin-le-Petit Wood

Starting at dawn on the 14th (Douglas Haig, the British Commander-in-Chief, was suspicious of night attacks), and preceded by a short sharp five minute artillery bombardment - just enough time to send exposed German defenders to their dugouts - the infantry moved forward. A notable success, Bazentin-le-Grand and Bazentin-le-Petit were secured within a matter of hours, with Longueval (skirting Delville Wood) following shortly afterwards. 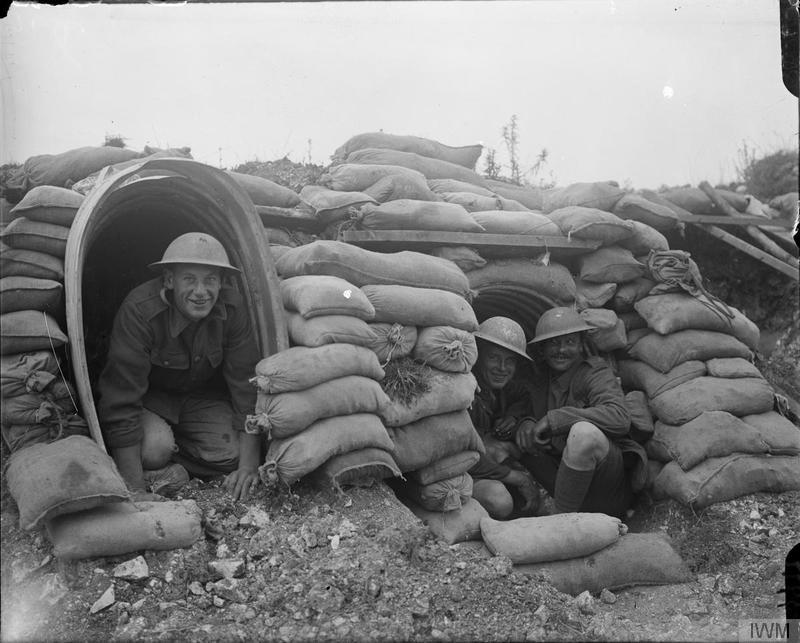 Having established a position at Bazentin-le-Petit it became apparent to the British that High Wood itself was deserted; a large gap in the German lines was waiting to be exploited. Permission was sought from headquarters to dispatch infantry into the wood. However, it was instead decided that here was an ideal scenario for the use of cavalry who could, it was stated, move far more quickly than infantry and may even break right through to Bapaume.

During the delay between the request for an infantry advance into the wood being sent - around 9am - and midday, by which time still no news of a cavalry advance had been given, German defenders were moving slowly back into the wood, effectively plugging the hole in their lines. By the time the cavalry were finally sent forwards, at around 7pm, the Germans had established sufficient defences to be able to decimate the oncoming British with machine gun fire.

Despite the costly failure of the attack upon High Wood, the cavalry nevertheless secured a line from the wood to Longueval. That night the British, under heavy fire, attempted to establish a line inside the wood, in readiness for an attack upon the German forces situated in the north-western half of the wood on the following day.

However British headquarters had resolved instead to launch an attack upon Martinpuich in the north, overlooking the reality that the Germans had not yet been fully cleared from High Wood. Midway between Bazentin-le-Petit and Martinpuich, and clipping the edge of High Wood - where the German troops were still in residence - was sited a formidable German line of defence known as the Switch Line.

In launching an attack upon Martinpuich the British would find themselves open to enfilading fire from the wood; therefore a simultaneous attack from the western side of the wood, directed at the German position, was launched, repeatedly and without success. The consequences for the attacking 33rd Division towards Martinpuich was devastating.

Later that evening the British withdrew entirely from High Wood.