The Battle of Jutland is considered to be the only major naval battle of World War One. Jutland witnessed the British Navy losing more men and ships but the verdict of the Battle of Jutland was that the German Navy lost and was never in a position again to put to sea during the war. Admiral John Jellicoe’s tactics were criticized by some, but after the battle the British Navy remained a powerful fighting force whereas the German High Seas fleet was not.

was generally believed that Britain had naval supremacy not only in Europe but also throughout the world. One of the major clashes involving Germany and Britain before the outbreak of war in August 1914, was what was described as the naval race between the two nations. The British public had grown to believe that Britain could not be challenged when its navy was concerned. The song “Rule Britannia" was very much in this mould as the song starts “Rule Britannia, Britannia rules the waves, Britain never, never, never shall be slaves." A strong British navy was expected by the public, as was the inevitable naval victory. 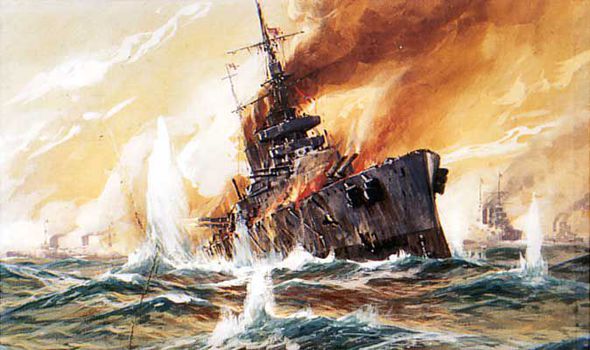 At the start of the war, Britain was involved in two minor naval clashes – Heligoland and Dogger Bank. A full-scale naval clash between Germany and Britain had not occurred. Germany’s fleet was smaller than Britain’s but both fleets benefited from the development in 1906 of the Dreadnought. Overnight, all warships were redundant in terms of what they could do relative to the Dreadnought. The new design was quickly latched onto by the Germans and a naval race began.

The British had by 1916 put up an effective blockade of Germany. Germany’s northern coastline was very small and any blockade was easy to enforce. Up to 1916, the German High Seas Fleet had been commanded by Admiral von Poul. He was considered to be too passive in his approach to what the German Navy could do. In 1916, von Poul was replaced by the far more aggressive Admiral Reinhardt von Scheer. He decided that the blockade had gone too far and was causing too much damage to Germany.

Scheer wanted to lure out of their respective naval bases parts of the British fleet and using a combination of submarines and surface boats attack and destroy them. On the night of the 24th and 25th of April 1916, the German Navy attacked the coastal towns of Lowestoft and Yarmouth. The idea was that the British fleet would respond to this.

In May, Scheer ordered Admiral von Hipper to sea with 40 ships to move along the Danish coast. The news of this movement reached Admiral Jellicoe in Rosyth. He saw this movement of such a large force as a provocative move and ordered the Grand Fleet to put to sea. The Battle of Jutland started on May 31st 1916. 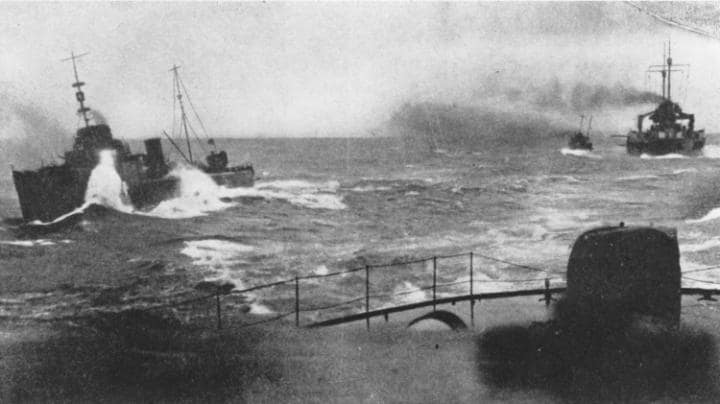 Finding where the enemy’s fleet was proved a reasonably difficult task. Spotter reconnaissance planes were far too unreliable to cover the distance required over the North Sea. Therefore, fast cruisers were sent out by both fleets to discover where the other was. When both did find the other there was a brief exchange of fire but both had done their task – hunting down the enemy.

Now that the British had found the Germans, Jellicoe was joined by the fleet based at Scapa Flow led by Sir David Beatty. Fifty-two ships joined the Grand Fleet. Jellicoe and Beatty faced a fleet of forty German ships led by Admiral Hipper. They opened fire at one another at a distance of about ten miles. Though they were a smaller force, the initial advantage lay with the Germans who were helped with their visibility by the lay of the sun.

Just after 16.00, the British battle cruiser “Indefatigable" was destroyed by the Germans. One thousand men lost their lives when a magazine exploded. Nearly thirty minutes later, “Queen Mary" was sunk in just ninety seconds.

The position of the British became more difficult when Hipper was joined by Scheer’s High Seas Fleet. Jellicoe’s force was about fifteen miles from Beatty’s force when the actual battle started. As the two British fleets converged, the British suffered a third major loss when the “Invincible" was sunk shortly after 18.30.

When the two fleets did join, they represented an awesome force and Hipper ordered the German fleet to sail north. Jellicoe interpreted this move as an attempt to lure the British fleet into either a submarine trap or a German mine field – or both. Therefore, he did not follow the retiring German fleet. Jellicoe decided to sail his fleet south to cut off the Germans when they tried to sail for home.

Both fleets clashed again as the Germans sailed for port. The German ship “Lutzow" was sunk. “Seydlitz" and “Derfflinger" were badly damaged.