Armistice between Germany and Russia signed

A day after Bolsheviks seize control of Russian military headquarters at Mogilev, a formal ceasefire is proclaimed throughout the battle zone between Russia and the Central Powers. 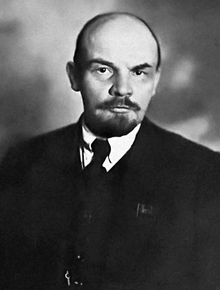 Immediately after their accession to power in Russia in November 1917, the Bolsheviks, led by Vladimir Lenin, had approached the Central Powers to arrange an armistice and withdraw from a war they saw as the major obstacle to their plan of providing food and land to the long-impoverished Russian peasant population. Leon Trotsky, in charge of foreign affairs, pressed Britain and France to open peace negotiations, threatening to make a separate armistice if his demands went unmet. After no response from the Allies, the Bolsheviks went ahead with their plan and made an appeal for peace that was welcomed by both Germany and Austria.

As a result of the ensuing negotiations at Brest-Litovsk, concluded in March 1918 after three months of debate and even renewed fighting in some areas, Russia would lose a million square miles of its territory, a third of its population, a majority of its coal, oil, and iron stores, and much of its industry. Lenin insisted that his Congress of Soviets accept the shameful peace, as he called it, in order to save the world revolution and its only foothold — the Soviet Republic.