British forces surrendered to Turkish forces at Kut in Mesopotamia

The largest surrender of troops in history of the British army up to that time, around 13,000 soldiers under the command of Sir Charles Townshend give in on April 29, 1916, after withstanding nearly five months under siege by Turkish and German forces at the town of Kut-al-Amara, on the Tigris River in the Basra province of Mesopotamia (modern-day Iraq).

Under the command of Sir John Nixon, British troops had enjoyed early success in their invasion of Mesopotamia. 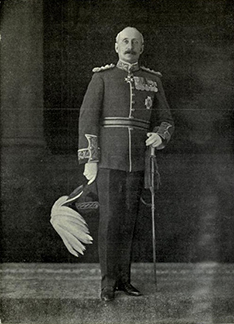 Forces led by Nixon’s forward divisional commander, Sir Charles Townshend, reached and occupied the Mesopotamian province of Basra, including the town of Kut al-Amara, by late September 1915. From there, they attempted to move up the Tigris and Euphrates Rivers toward Baghdad, but were rebuffed by Turkish troops at Ctesiphon (or Selman Pak) in late November. Despite outnumbering the Turks two-to-one, Townshend’s troops, made up partially of soldiers dispatched from India, were forced to retreat to Kut, where on December 5 Turkish and German troops began to lay siege to the city. 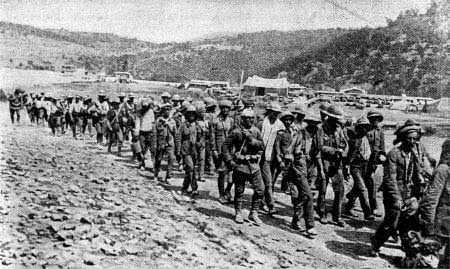 Problems with illness plagued Townshend’s forces, as morale sank precipitously along with dwindling supplies and a lack of relief due to the heavy winter rains, which had swollen the Tigris River and made it difficult to manoeuvre troops along its banks. The British attempted four times over the course of the winter to confront and surround their Turkish opponents only to suffer 23,000 casualties, almost twice the strength of the entire remaining Kut regiment, without success. Kut finally fell on April 29, 1916, and Townshend and his 13,000 men were taken prisoner.