Turkey entered the war on Germany’s side. 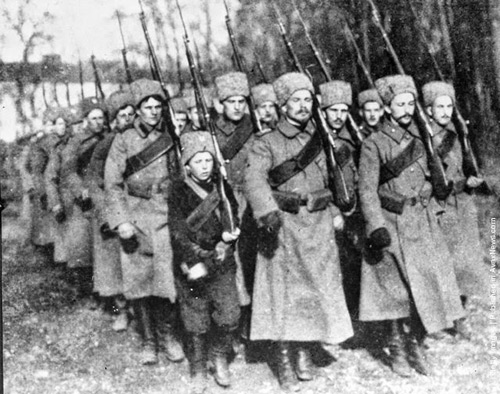 The Ottoman Empire joined the Central Powers to form the Triple Alliance with the signing of the August 1914 Turco-German Alliance. Turkey formally entered World War I on 28 October 1914 with the bombing of Russian Black Sea ports. The Triple Entente, or Allied Powers, declared war on the Ottoman Empire on November 4.

Two major factors led to Ottoman involvement on the side of the Central Powers: German pressure and the opportunism of Turkish minister of war Enver Pasha. Other motives for joining the Central Powers were the German victories early in the War and Turkey's friction with the Triple Entente. Germany's aim was clear: to keep Turkey from joining the enemy (and by gaining Ottoman support, encourage Romania and Bulgaria to enter the Alliance). The German military mission of 1913 to Turkey under Liman von Sanders organized the Turkish army and navy under German leadership and brought forth the Turco-German Alliance. The secret treaty (only five people in Turkey were aware of it, one being Enver Pasha) was signed 2 August 1914.