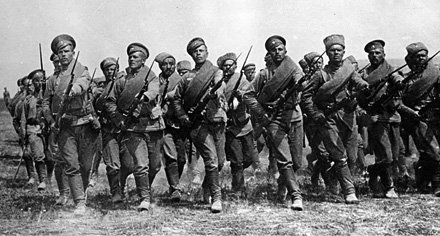 After the disasters at Tannenburg and the Masurian Lakes, the Russian army had fallen back to a line from Riga in the Baltic through to the Pinsk marshes near the Rumanian frontier – about 500 miles long. It was divided into three sectors:

All three commanders were reluctant to take up the offensive against the Germans. This seems to have been a direct result of the disasters that met the Russians at Tannenberg and the Masurian Lakes – and in the case of Samsonov resulted in his suicide.

By 1916, the glaring deficiencies in equipment that the Russian soldiers had were gone. Soldiers were being properly trained and rifles were being produced at a rate of 10,000 a month. Most front-line units had a full complement of machine guns and were fully stocked with artillery shells. The winter months of 1915-1916 had been relatively quiet for the Russians and the time had been constructively spent in training new recruits. Therefore in 1916 the Russian army was in a much better state than it had been at the start of the war. The one area of shortage was a lack of experienced officers – they had been killed. 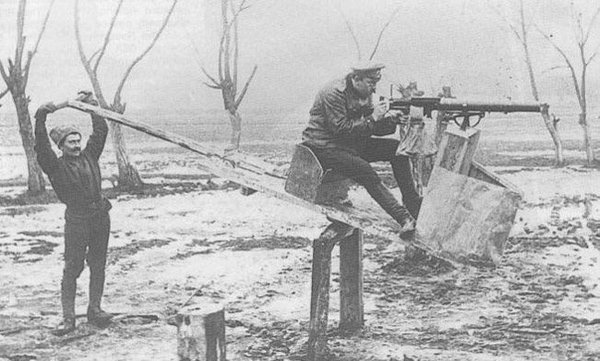 This ‘new’ army had its first blooding in the spring of 1916. The massive German attack at Verdun required the Allies to use the Russian military in the effort to get the Germans to withdraw troops from the Western Front to the east. The initial phase of this diversionary Russian attack by the West Front sector was remarkably successful – German records indicate just how surprised the Germans were at the severity of the artillery onslaught they suffered and the success of the Russian advance. The Russians took the advanced lines of the Germans and then, inexplicably though probably as a result of timid leadership, the artillery and aeroplane support given to the infantry were withdrawn leaving the Russian troops on the ground in shallow marsh trenches and exposed to poison gas attack. Unable to withstand gas attack after gas attack (the Battle of Lake Naroch), the West Front army had to withdraw. However, the attack had shown what it was capable of doing. Its subsequent retreat was more a comment on its commanders as opposed to the men on the ground.