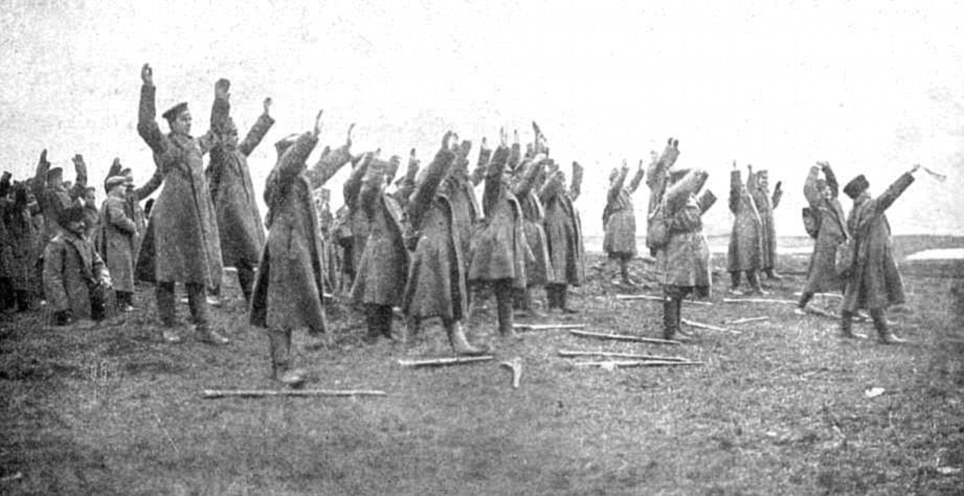 The Battle of Tannenberg was fought between Russia and Germany from 26–30 August 1914, during the first month of World War I. The battle resulted in the almost complete destruction of the Russian Second Army and the suicide of its commanding general, Alexander Samsonov. A series of follow-up battles (First Masurian Lakes) destroyed most of the First Army as well and kept the Russians off balance until the spring of 1915. The battle is particularly notable for fast rail movements by the Germans, enabling them to concentrate against each of the two Russian armies in turn, and also for the failure of the Russians to encode their radio messages. It brought high prestige to Field Marshal Paul von Hindenburg and his rising staff-officer Erich Ludendorff. Although the battle actually took place near Allenstein (Olsztyn), Hindenburg named it after Tannenberg, 30 km to the west, in order to, in German eyes, avenge the defeat of the Teutonic Knights 500 years earlier at the Battle of Grunwald (which was always known as the Battle of Tannenberg in German).