The death of Private Thomas Broadhead was reported in the Macclesfield Times on 1 November 1918:

PTE THOS BROADHEAD, Ches Regt, whose wife and child reside at 23 Derby Street, Macclesfield, has been killed. He was the son of Mr Broadhead, 32 Derby Street, and enlisted in June, 1915. After training at Oswestry, he was drafted to the Dardanelles. Later he served in Egypt and Palestine, and was transferred to France five months ago. He was recently home on leave. Pte Broadhead was 26 years of age, was educated at Christ Church School, and attended the parish Church. Prior to joining up he was employed by Councillor A W Hewetson at St George’s Street Mill. A brother, Pte L Broadhead, South Wales Borderers, is serving at Colchester, and Mrs Broadhead’s father, Pte F Warhurst, Ches Regt, is at Gibraltar. 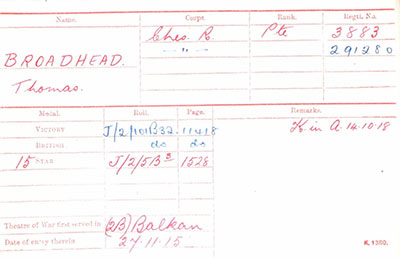 The war diary for the period states. 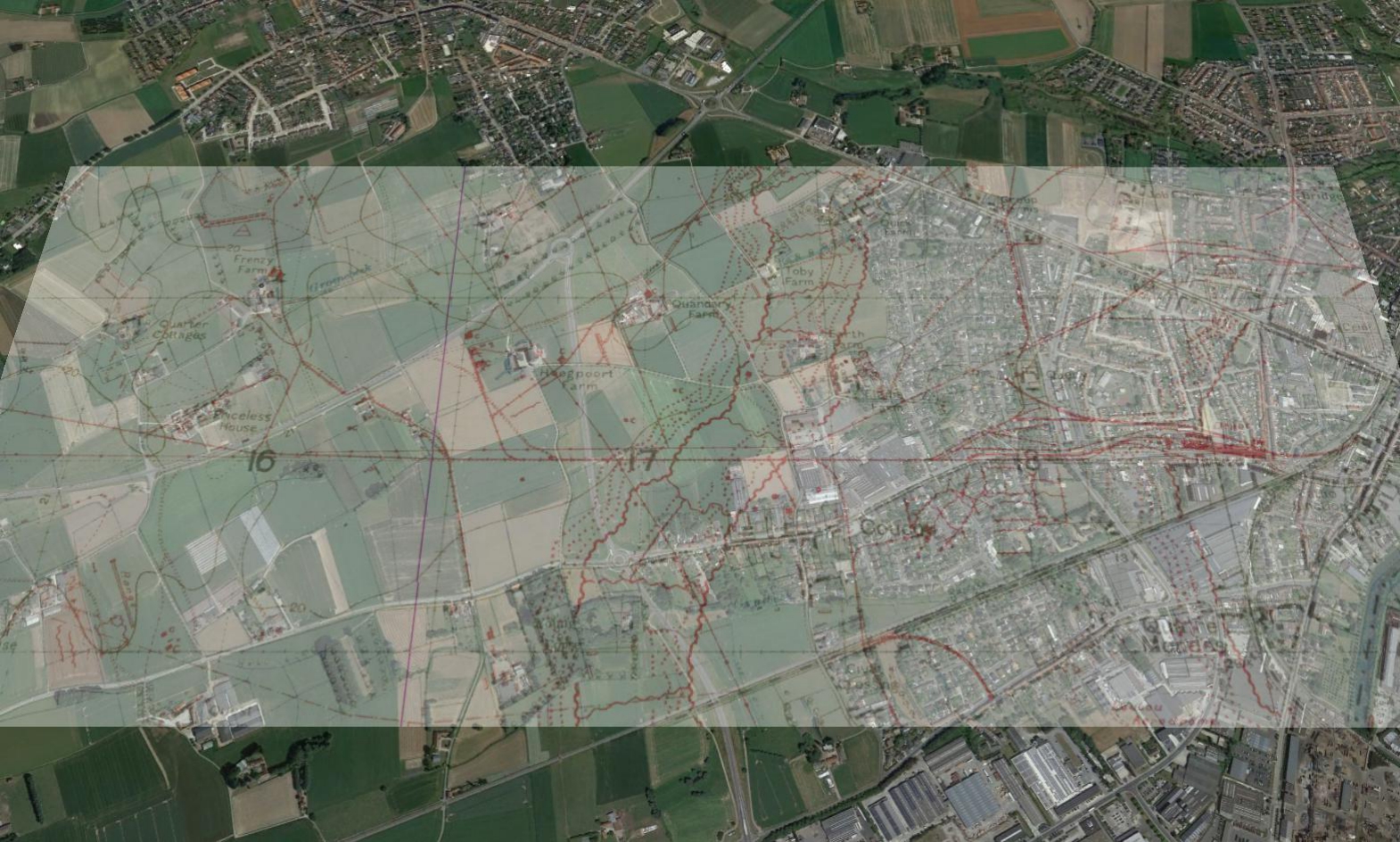 Within the war diary is a summary of Operations.

In accordance with your BMC65 of todays date I beg to report as follows.

Immediately the bombardment opened my two front line companies (‘B’ on Right and ‘C’ on left) and the mopping up company (‘A’) closed up as near as possible to the barrage  line, which they followed closely to the first objective.

Over this stage of the attack most of the casualties were sustained, the majority within two or three hundred yards of the jumping off tape, caused by hostile strong points not reached by the initial bombardment.

The L.T.Ms. (Light Trench Mortars) attached to the battalion assisted with H.E. and smoke shells to neutralise the strong points, which were too near the jumping off line to be dealt with by the artillery.

As thick fog and the smoke from the barrage made maintenance of the direction a matter of great difficulty, but, notwithstanding, the front line Coys. And mopping up parties kept well on their objectives.

The first objective was reached to time and the barrage closely followed after the pause to the second (final) objective, where the front line Coys. Consolidated and obtained touch with the flanks, patrols from the support company immediately being sent forward to exploit gains to the front. At this stage of the advance the very thick fog greatly assisted a number of the enemy to escape notwithstanding the energy of the forward patrols.

In the first objective being reached a report centre was established and advance Bn. H.Q moved to FRENZY FARM about 6.30am where much useful work was done in collecting wandering parties of the Brigade, on right and a party of Div. on left and sending them forward to their sector objective and collecting information from the front – also in collecting prisoners coming back in small parties – and sending them to rear in large parties and escorts of small parties back to join the Coys. in front.

By the evening of the day of attack patrols had been pushed up to COUCOU and beyond to WERVICQ – MENIN Railway and along to western outskirts of MENIN where they remained all night.

On the 15th inst. Patrols felt their way forward still further and a company took over posts S.E. of the final objective, and patrols went forward to reconnoitre crossings of LYS South of MENIN.

On the evening of the 15th the battalion was withdrawn to the Brown Line into reserve.

In addition to large quantities of rifles, equipment, and ammunition.