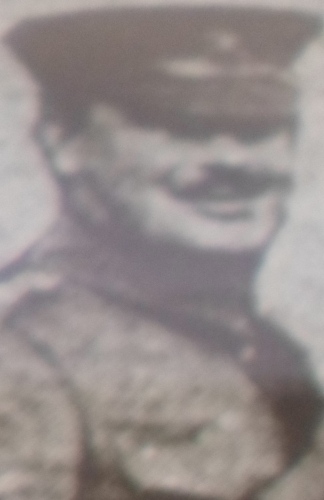 Harry Seymour Baird was born in Knutsford, one of four children born to John William (a builder) and Annie Baird of High Town, Knutsford. On leaving school he became a joiner. He also served in the army during the Boer War.

He moved to Stafford and in 1912 married Miss Barge and together they had children.

He enlisted in the army, first as Private no. 227 in the Cheshire Yeomanry and then being transferred to the 10th Battalion of the Kings (Shropshire) Light Infantry as Private no. 230535.

He rose to the rank of Sergeant.

The 10th Battalion was formed at Cairo on 2nd March 1917 from the dismounted troopers of the Shropshire Yeomanry and the Cheshire Yeomanry. They served in Palestine in the 231st Brigade of the 74th 'Broken Spur' Division.


Researched and compiled by Tony Davies