Son of Jane Anderton, of The Demage Cottages, Upton, Chester.

On that morning (10th August, 1917) the attack began at 04.45. As they went “over the top”, they progressed until they were held up by a German strongpoint. This was soon destroyed by stokes mortars and a vigorous assault. However, the assault was pushed through and they captured their objectives, i.e. the German front and support lines. But, once again, their success came at a very costly price, with 395 officers and men becoming casualties, of which 72 men (four of the originals) being killed in action. The attack on the Bellwaerde and Westhoek Ridge’s was to be the last major attack which the 13th Cheshire’s took part in for the remaining part of their existence.

Researched and Complied by Simon Gildea 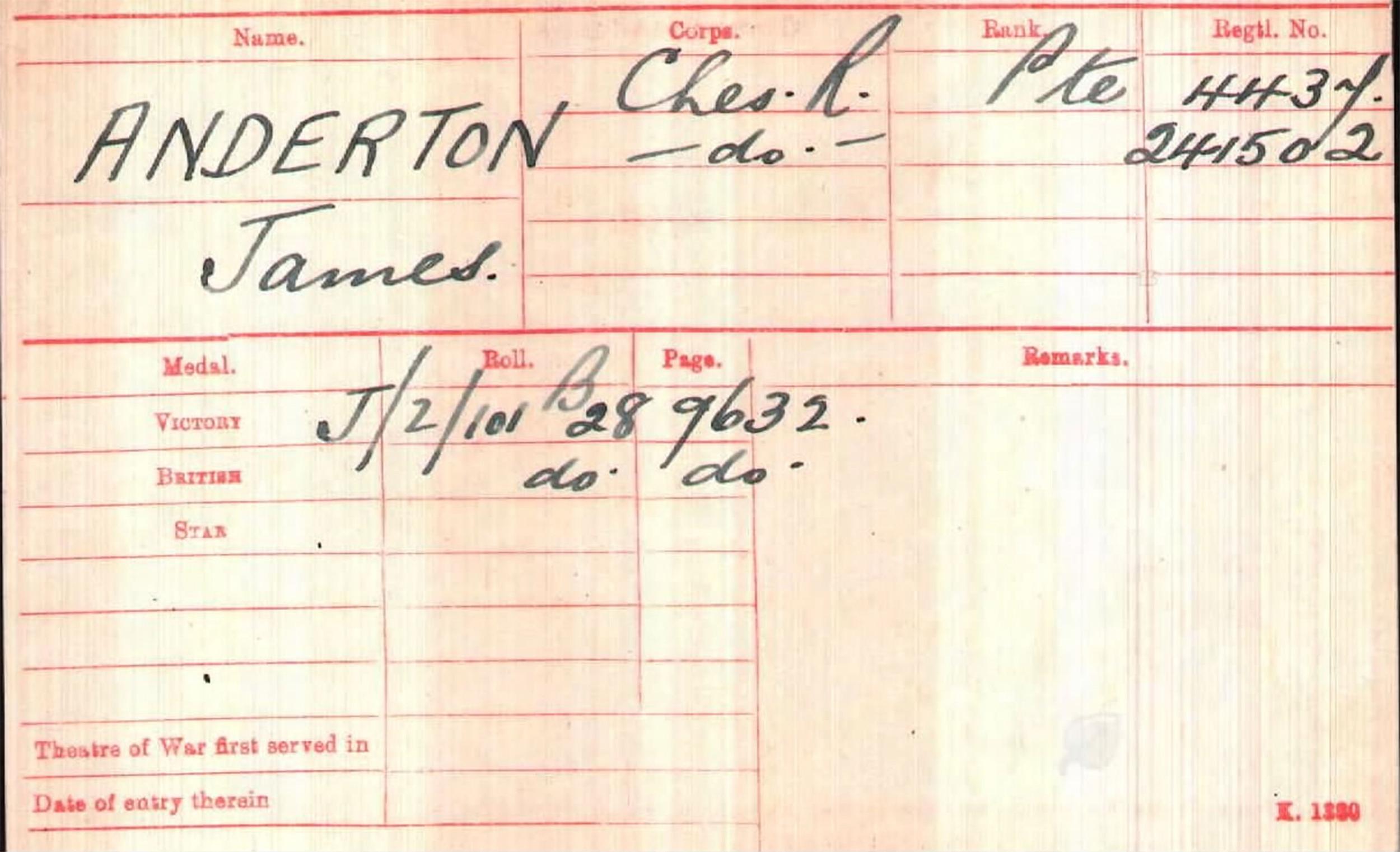