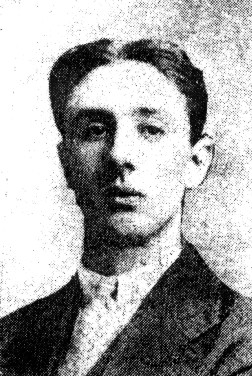 Born and enlisted Crewe. Son of Mary Barber of 2, Roebuck Street, Crewe. A former pupil at St. Mary’s School and labourer in the Boiler Shop, Crewe Works. Prominent footballer who played for the Boiler Shop and Forge in the Crewe Cottage Hospital competition and also Sandbach Juniors. For 10 years was an altar boy at St. Mary’s Catholic Church. Went to France (Boulogne) on May 22, 1915. Killed when struck on the back of the head by shrapnel, while bandaging an injured comrade.