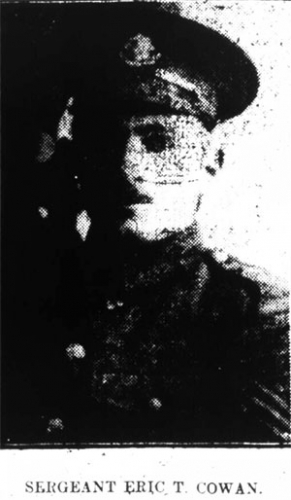 Sergeant Eric Tennant Cowan is the third son of the late Mr. Cowan and is in the same regiment as his brother. Both Messrs. Cowan were educated at the Birkenhead Institute.