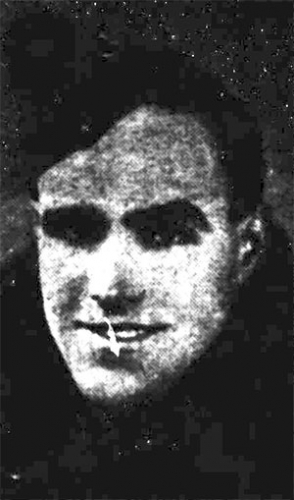 News has been received that Bombardier Douglas Lightfoot, signaller with the Royal Artillery, son of Mr and Mrs J. Lightfoot, 36 Lydyett Lane Barnton, whose wife lives at 12 Morris Drive Weaverham, was killed in Italy in January.

He went overseas 15 months ago and had been in the army for years. Bombardier's Lightfoot was 26 and in a letter to his wife written in November described his experiences during the Mediterranean campaign and landing in Sicily. He was an old scholar of Barnton Brunner school and played football for Barnton old boys. Before joining he was employed at the Wallerscote works of I.C.I. Ltd.  His wife was formally Miss Muriel Roughley. There is a 2 year old son.