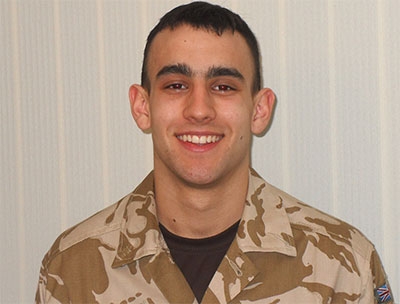 Thomas had been in Afghanistan serving as part of Combined Force Nahr-e Saraj (North) when he was wounded in an explosion whilst on patrol in the Nahr-e Saraj district of Helmand province on Sunday 4 July.

His patrol was providing protection for the clearance of a road in the Upper Gereshk Valley. Thomas received treatment on site and later at Camp Bastion before being flown to the UK for further treatment at the Queen Elizabeth Hospital in Birmingham where he succumbed to his injuries.

The Cheshire Roll of Honour is aware of the sensitivity of having pictures and information on the internet, especially about recent conflicts. The Government link below takes you to the page released by the Ministry of Defence about Thomas.

If the roll is contacted by the family of Thomas and they grant more information, it will appear here.