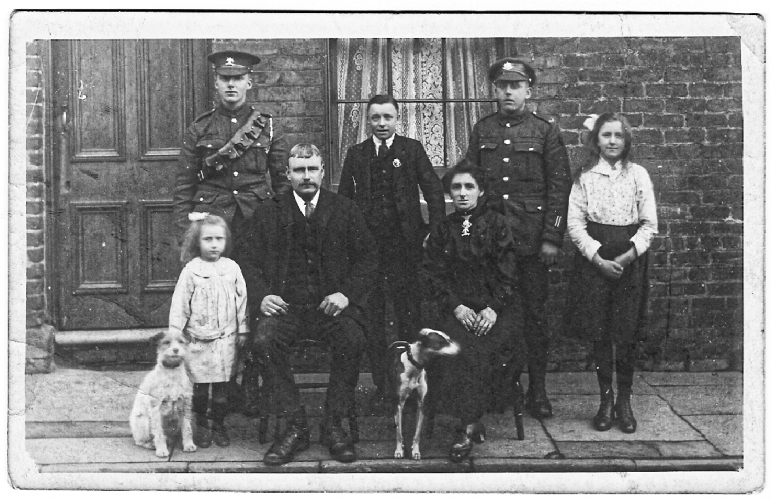 26/9/1915: Expeditionary Force embarked for France at Folkstone. No major battle yet. Time spent alternating between tours of duty and periods in reserve, they would carry out training and undertake fatigues work.

20 – 26/4/16 Easter at Mont St-Eloi: Back to front line at Mont St-Eloi, a small village, 8 kilometres NW of Arras. Battalion War Diaries only describe the weekend as ‘quiet’. However on the 26th The war Diary records ‘Hostile artillery and trench mortars very active on left of sector held by Battalion'. 20 men lost their lives that weekend.

8/8/1918: Battle of Amiens beginning of the last 100 days, Allies advance along the Western Front.

15/9/1918: 1/6th Battalion, Cheshire Regiment. For several days, the Battalion had been in reserve at Kemmel Hill, near Ypres. On 14th September, it moved forward to support positions at ‘Daylight Corner’, going into line near Wulveghem the next day. It replaced the 2/23rd Londons and the 7th Royal Irish Regiment. The Battalion History records ‘The casualties that day were fairly heavy; four other ranks being killed

( one of whom was James W Burgess ) four wounded and 34 gassed'.

In all James served 4 years 8 days in the war. He was just one of 70 others recorded as fallen, on the War Memorial in Alderley Edge, a village of a population of 2223 in 1901.

As a descendant whom James never knew, I don’t wish him to be defined by the war. Moreover he was one of many Cheshire lads who enjoyed village life at the beginning of the 20th century - going to school, his teenage years, his gardening job for the council and happy times with his family; made up of father James senior, mother Ellen and siblings Sam, Jack, May, Leslie and Nellie.

The final sentiments are those of his family, and were chosen by his mother to be recorded on his gravestone in Belgium:

'Too dearly loved to be forgotten'