Mark was born in Edgeley, the son of John & Ellen Scott, 10 Duke Street. He worked as a doubler at the local cotton mill of Reynold's Ltd until he volunteered for the Army in August 1914. He probably went overseas around January 1915 as part of the first drafts of replacements for the regular army troops already killed or wounded. For most of September, Mark and his comrades were in billets as Brigade reserve troops. On 23 September, they moved forward from the village of Bray to take over a section of the front line near Carnoy. The Battalion's War Diary makes no mention of this day but, later, Lieutenant Maclean wrote to his parents saying Mark was "shot in the early morning, the work of a sniper and his death was instantaneous. He died on his sentry post and was buried in a small French village in the firing line. The whole platoon wish me to convey you yourself and his father our deep sympathy in your loss. During the whole time he was under me - five months - I never heard him complain or grumble about anything and he was always ready and willing for any job there happened to be." 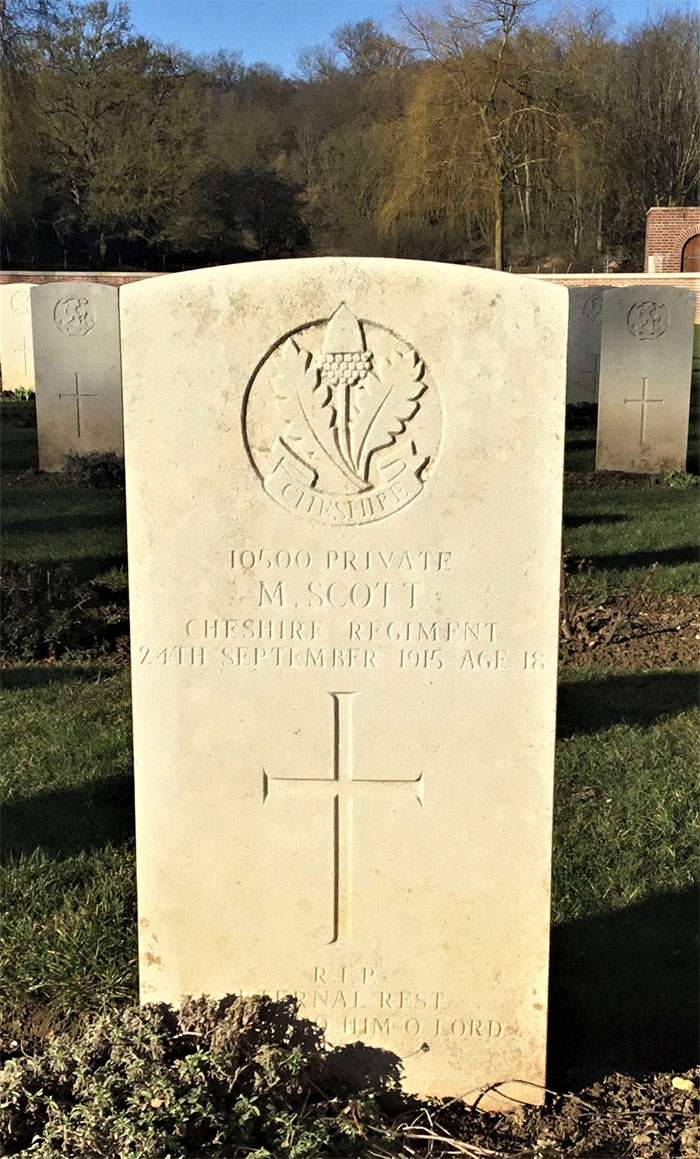