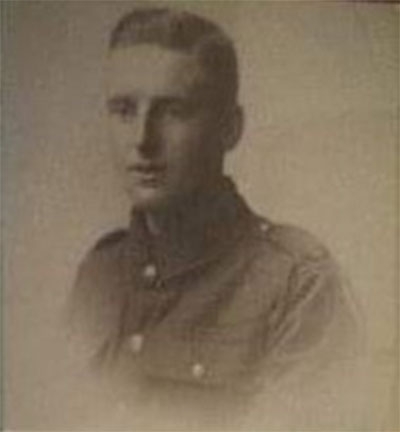 John's parents, William and Elizabeth, are thought to have married at St Mary's Church, Stockport in late 1894. They lived at 87 Charles Street and, later, at 25 Buxton Road. William was a warehouseman at a hatworks, probably Christy Ltd, where John is known to have been working when he enlisted into the army in 1914, aged just 17. He originally joined the local 6th (territorial) Battalion of the Cheshire Regiment and was given 3241 as his service number. His on-line medal entitlement records, at the National Archives, do not mention this service, confirming that he never served with the Cheshire’s. John was, no doubt, transferred to the Machine Gun Corps when he finished his training. Machine Gun Companies were attached to the Army's infantry brigades and operated 16 heavy Vickers guns. They had two main roles. The defensive role was to cut down attacking enemy infantry and, in offence, they would lay down fire to help cover a British attack. In either regard, it was a devastating weapon. The Battle of the Somme had been under way since 1 July 1916 and some progress had been made, particularly in the south of the battlefield. And it was here, near the village of Guillemont, that John and his comrades came on 12 September, ready to support an attack planned for the 15th. At 6.20am, the infantry attacked towards their objective, which was the German trench system between Morval and Les Boeufs. One of the Company's sections was attached to each of the attacking infantry battalions, with the fourth being held in reserve. Each gun had a crew of six - one to fire, four to carry the gun and ammunition and two men spare, to replace casualties. The Company's War Diary records that the guns were taken forward behind the last attacking waves of the infantry. However, the British troops came under enemy machine gunfire which inflicted heavy casualties and completely held up the attack. They managed to secure the German trench but the Diary then records "Three regiments of the Brigade and three sections of the Machine Gun Company were massed in the old front-line trench which was being shelled heavily". Sometime during the day, John was killed. His body was never recovered and identified.