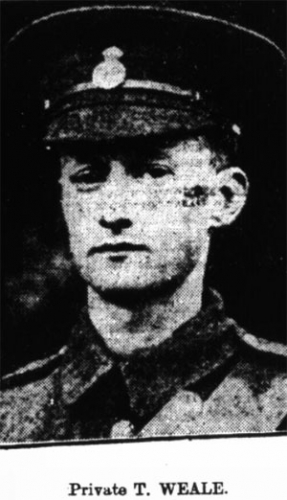 Private T. Weale, aged 19 years, son of Mr. and Mrs. Weale, Plymyard Avenue, Bromborough, enlisted in June 1915, in Shropshire Yeomanry and was in training at the Curragh Ireland, during the Sinn Fein rising. He helped to supress the rebellion. He was drafted to the front in August last, and in September was reported wounded and missing.

Any information will be gladly received by his parents.