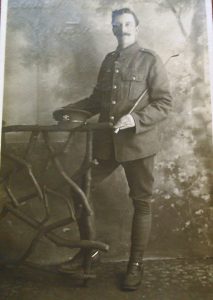 Randall was one of eleven children born in Birkenhead to George and Martha Ann Stockton, the 1891 census shows Randall age 4. His father, George age 39 was a police officer and the family lived at 13 Rhyl Street, Birkenhead. Ten years later the family were living at 231 Oliver street Birkenhead George was a police inspector, Randall age 14 was working as an apprentice pawnbroker. By 1911 the census shows that the family had move to Clotton near Tarporley where Martha was originally from, four of the children had died, George had retired and Randall age 24 was single and working as a draper traveller.

Randall attested into the Cheshire Yeomanry on January 29th 1915 his given age was 28 years 7 months, height 5ft 9 inches he was now married his next of kin is listed as, wife Jane Stockton 29, Hoofield, Tarvin. He would stay in the UK until the 20th September 1916, he embarked for France from Southampton and arrived at the territorial base depot in Rouen the following day, on the 29th September he was compulsorily transferred to the 8th battalion South Lancashire regiment, joining them on the 3rd October. 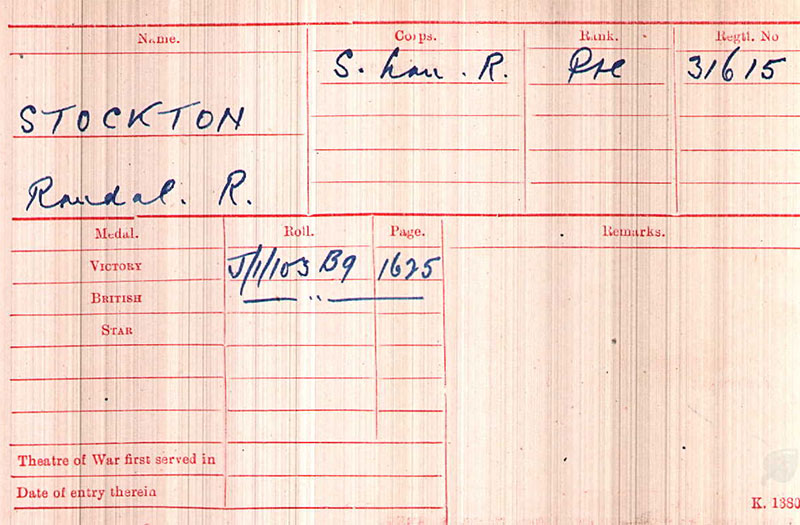 Randall’s time at the front would be short the battalion war diary for the period reads:
3rd Oct: Draft from Cheshire Yeomanry joined.
4th Oct: Into PICCADILLY trench relieving P.P.C.L.I (Princess Patricia’s Canadian Light Infantry)
6th Oct: Battalion moved back to BOUZINCOURT.
9th Oct: Working party of 375 to CRUCIFX corner.
10th Oct: Night – Working party under Captain Reade dug, between SCHWABEN and SUFF redoubts, a new front line.
15th Oct: Battalion moved into support lines behind STUFF redoubt.
18th Oct: Battalion took over HESSIAN trench with the object of taking REGINA, heavy rain. Attack on REGINA postponed.
21st Oct: 7.30am moved back into HESSIAN trench; 12 noon The battalion in 4 waves – first 2 extended, last 2 in lines of half platoons in file advanced from HESSIAN with the 8th BN Border Regt on the right and the 2nd South Lancashire on the left, Battalion bombers on the left moved down STUMP road. The German infantry was found in its dug-outs in REGINA trench and in STUMP road. The bombers who went down STUMP as far as our artillery would allow shot 50 to 100 issuing from dug-outs about 150 -200 surrendered to the rest of the battalion. Our casualties were 1 officer killed 1 missing and 6 wounded and in the other ranks 25 killed 42 missing 85 wounded.

Randall was one of the missing, sometime later he was found by the Germans and taken to a dressing station, the German authorities listed him via the Red Cross of dying from wounds to the arm and head on the 24th October, he was buried by the Germans as Sapignies German Cemetery however after the armistice Randall and another 27 soldiers from the UK were moved. 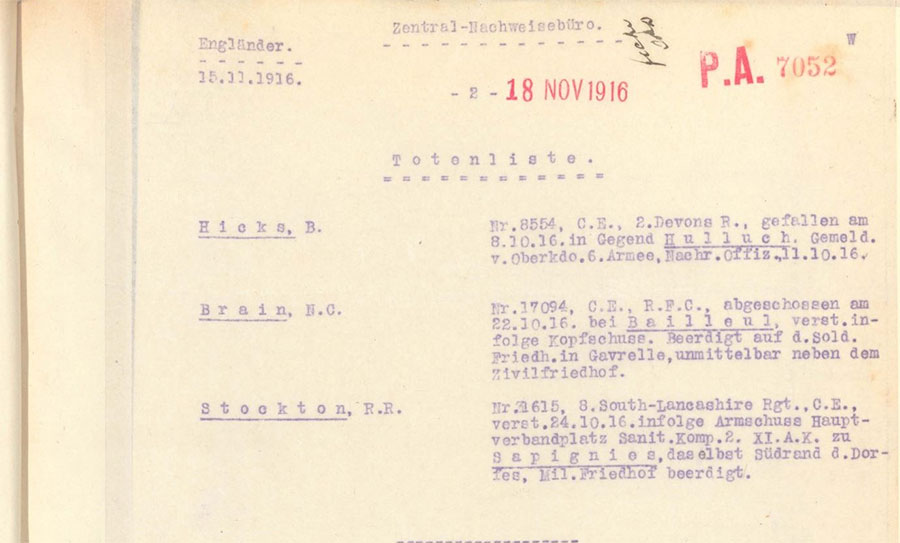 His wife, Jane received a War Gratuity of £7 10 shillings and £314 16s 1d from his will. Randall’s total time in France is listed as 35 days he is buried at Douchy-les-Ayette British Cemetery Grave Ref: III. F. 12 He is also remembered on the Tarporley War Memorial.