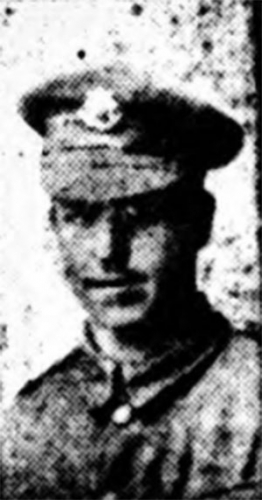 Jimmie was born in Stockport. His parents, Peter & Frances, lived at 5 Castle Farm Lane, Great Moor although, by the time the War Graves Commission was collating casualty information in the early 1920s, Peter had died. The family attended St Saviours' Church on Store Street. Jimmie served an apprenticeship with John Horn Ltd and enlisted in the army in September 1914. He went overseas in the following January. On 19 July, the Battalion was in front line trenches at Givenchy-les-la-Bassee, to the east of the French town of Bethune. In conjunction with units on either side, they took part in a large raid on the enemy's positions at Red Dragon Crater. The raid was a success but not all the Cheshires returned safely. It was reported that, the next day, James and others were in No Man's Land searching for the wounded, when he was hit by shrapnel killing him outright.