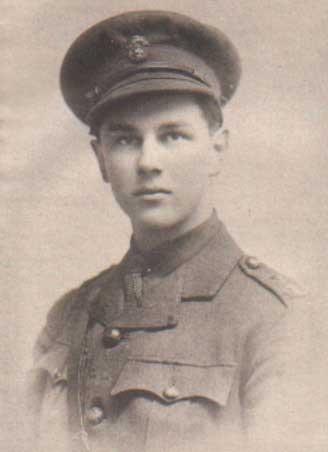 George Laidman Band was born in 1895 in Birkenhead son of William George and Emily Band.

In 1901 he was living with his father William, a ship owner and his mother Emily at 32 Shrewsbury Road. There were 8 brothers and sisters. The family employed two house maids.

Ten years later they were living at the same address. George attended Birkenhead School from 1903 to 1912.

When he left school he worked for the firm of Simpson Roberts and Co, Provision Merchants, Liverpool. Prior to the outbreak of war he was in the Liverpool Scottish Regiment and when war started he was immediately called up.

He went to France in the ranks in November 1914. He obtained his commission in 1915 and was mentioned in dispatches in November 1916. He rose to the rank of Captain and at the time of his death he was an adjutant. He was killed by a shell on 20th June 1917.

Captain Band is buried at the Dickebusch New Military Extension, Belgium. George is also remembered on the Birkenhead War Memorial.