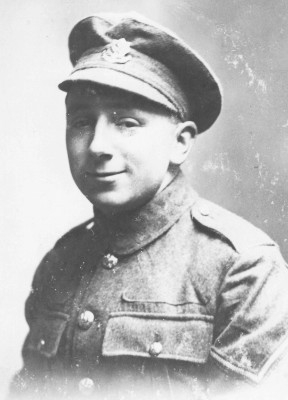 William Hall was born in Macclesfield and baptised on 29 July 1894 at St Peter's Church, Macclesfield, the son of Annie and Charles Hall, a silk dyer of 42 Rodney St, Macclesfield.

William enlisted soon after the start of the war, joining the Cheshire Regiment as a private with service number 2633, later changed to 290681. After training, he was drafted to Gallipoli; his medal index card indicates that he disembarked on 17 July 1915, but it is assumed that he was assigned to a different unit or was sent elsewhere than Gallipoli as the 4th and 7th Battalions of the Cheshire Regiment both landed at Gallipoli on 7 August 1915.

Private Hall was wounded and transferred to hospital at Malta, followed by repatriation to England for further treatment. After his recovery, Private Hall was transferred to the 202nd Area Employment Coy. Labour Corps with service number 267406, and drafted to France. Whilst serving with the Labour Corps he was promoted to Lance Corporal; he may have eventually become an acting corporal, as he was recorded as a corporal on Macclesfield memorials and in the local newspaper.

Lance-Corporal Hall became ill in January 1919; he was admitted to the 83rd General Hospital in Boulogne, where he died on 9 February 1919. His death was reported in the Macclesfield Times on 21 February 1919:

After enduring over four years of hardships on the far distant shores of Gallipoli and on the battlefields of France, Corporal William Hall, of the 1/7th Cheshires, has just died of bronchial pneumonia in a military hospital at Boulogne. A sadder case it would be difficult to conceive, for his wife, Mrs Hall, 63 Paradise Street, Macclesfield, had been overjoyed to think he had been spared to come out of the great war, and was looking forward to a speedy reunion with him; but now, alas, the bright hopes she held for the future are shattered. He had done his duty nobly and well, and that he should now be removed from the world so suddenly is one of the many things that are beyond the comprehension of mankind.

It was just about a fortnight ago that Mrs Hall received intimation from the 83rd General Hospital, Boulogne, that her husband was seriously ill, and this was followed by another communication from the War Office on Tuesday saying that he passed away on February 9th from bronchial pneumonia.

Corporal Hall enlisted in the Cheshire Regiment almost at the outbreak of war, at which time he was employed by the Macclesfield Shoe and Slipper Manufacturing Co. After undergoing training he was sent out to the Dardanelles in 1915, and it was in the landing of the troops there that he was wounded. He entered the Military Hospital at Malta, where he also underwent treatment for dysentery. From there he was invalided back to England, and on recovering his health and strength he was sent out to France with a labour company. The last time he was in Macclesfield was in October 1918, when he visited his home on a fortnight's leave. He leaves a widow and two little children, for whom deep sympathy is felt.

Lance-Corporal Hall's death was also reported in an announcement placed by his widow in the same newspaper:

Lance-Corporal William Hall is buried in grave ref.  XIII. C. 22. in Terlincthun British Cemetery, Wimille, near Boulogne, France. His widow asked for the inscription “FONDLY REMEMBERED BY ALL” to be added to his headstone.

The Commonwealth War Graves Commission holds casualty details for L/Cpl William Hall, and he is listed on the Imperial War Museum’s Lives of the First World War website.

Another Macclesfield man named William Hall served as Rifleman 5312, 2nd Battalion, Rifle Brigade and was killed in action on 9 May 1915.