The authorities of the Chester Working Boys Home had news this week of the death of one of the home boys, who was killed in the trenches on November 24th “somewhere in France.”  Robert Downie was a private in the Manchester Regiment, he went to France on December 24th, 1914, and had been out all the time on active service. He was 24 years of age, had been nine years in the working boy’s home, and enlisted on the outbreak of war in August last year from the home, where he was then acting as assistant to the master in the wood yard. He was a general favourite and his death is a real grief to all connected with the home.

Sergt. Morris (5th Cheshire’s), the verger at St. Mary’s-on-the-Hill (who is home on leave this week), told Miss Cecilia Keith Douglas that Downie was also a great favourite with his fellow soldiers. He often saw Sergt. Morris who was talking to him about ten days ago just before the Manchester’s returned to the trenches, where Downie met a soldier’s fate. He was shot through the heart, and his chum who wrote the sad news home, saw him buried next day. His father was in the Black Watch and fell in the Boer War. He came to the working boy’s home as a little boy and was one of the best young fellows ever turned out from the home.

The war diary for the period mentions Robert.

24th In the trenches. The enemy shelled the village of SUZANNE, no casualties and very little damage done.

On the night of the 24/25th Lieut. E.A. Shacklady and a patrol reconnoitred the enemy lines and an old French trench which runs up to the German lines, nothing was seen, and no enemy encountered. Casualties in the trenches by shell fire, 6 men killed, 3 wounded and 6 men suffering from shock.

An additional intelligence report in the diary indicates that the shelling happened at 2.45pm 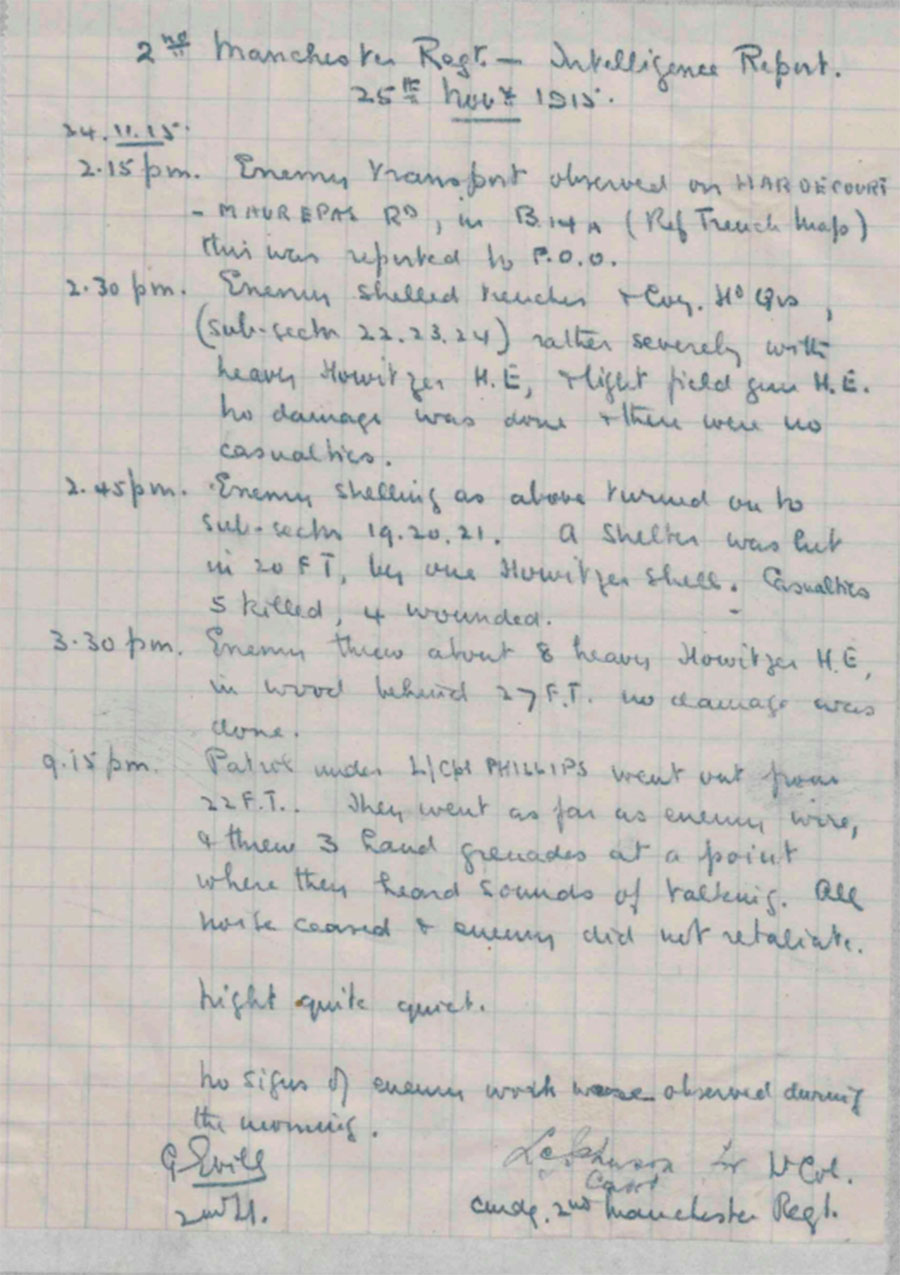 The paper states that Robert went to France 24th December, however his medal index card shows he arrived in France on 4 January 1915. 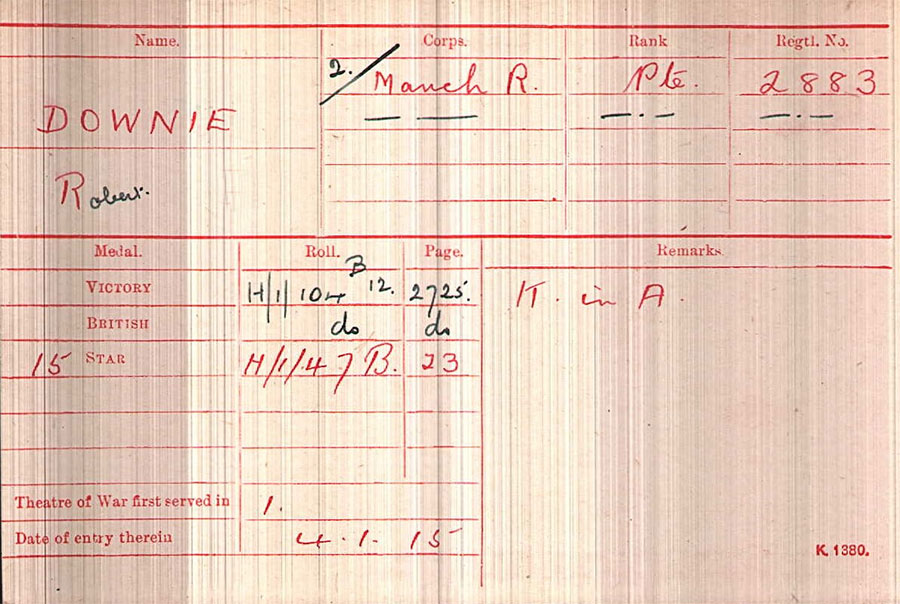 In 1919 Cecilia received £5 war gratuity. Exactly what connection Robert had with Cecilia is not yet known, in 1911 she was living Tudor Lodge 148 Broughton, the census shows she lived on private means and had a servant, she was age 50, she passed away 28 March 1940 and is buried at Overleigh Cemetery, Chester.

After the war Robert and the five other soldiers killed on the 24th November 1915 were exhumed and reburied at Cerisy-Gailly Military Cemetery. 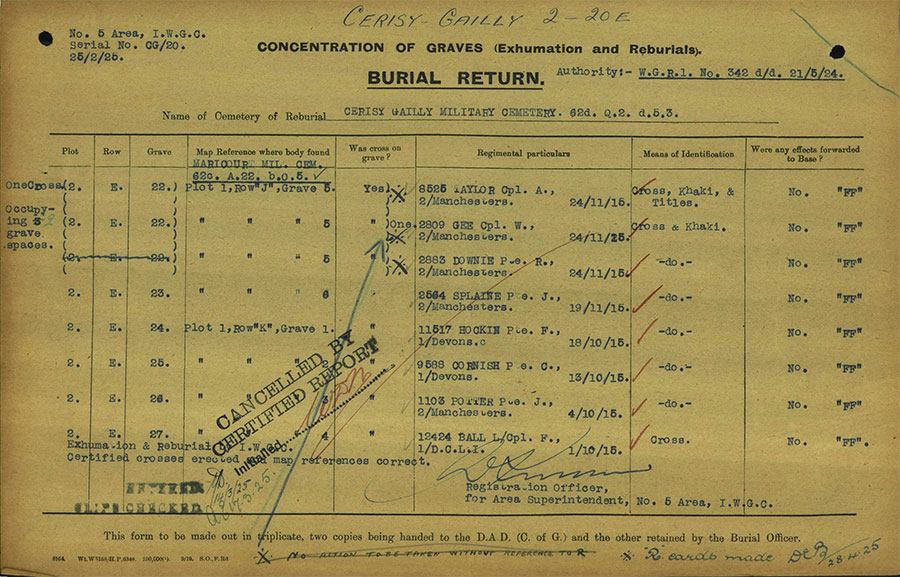 Albert Taylor mentioned in the war dairy came from Crewe, he is buried in the same grave as Robert and is on the Roll