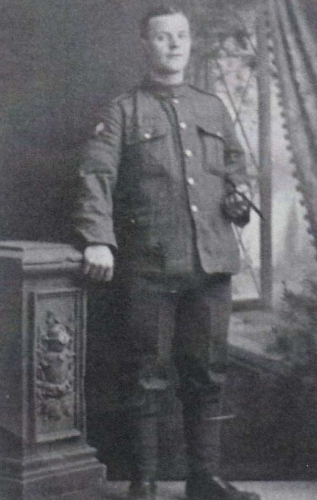 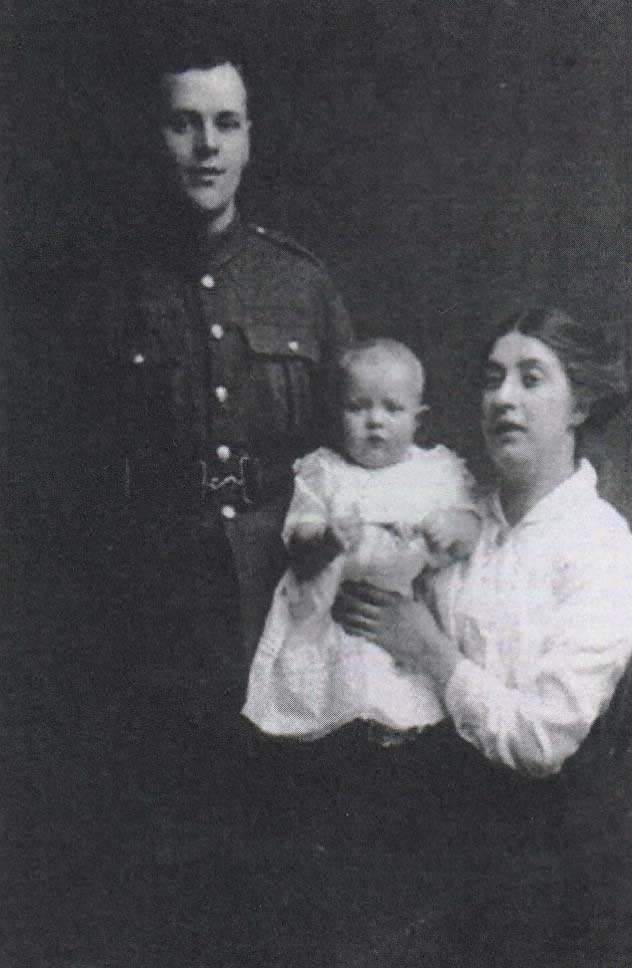 John with his wife Mary Ann and daughter Dorothy


Extract from the Congleton Chronicle

Private John Lilley served as a Territorial in the 1/7th Battalion the Cheshire Regiment enlisting in 1914. He was mobilised with the rest of the Congleton Territorials in August 1914, being in hospital when the 1/7th Cheshire Regiment sailed for the Dardanelles. He transferred to the Machine Gun Corp in 1916. He embarked for France in April 1917 where he trained with the Machine Gun Section. Private Lilley was a willing worker in the Army and a loyal friend. He had done splendid work in the unit to which he was attached and one cannot speak too highly on his unfailing energy, his thoroughness and his character as a man. A pathetic circumstance was that the news of his death was conveyed in a letter sent from the Front by his brother. The baby daughter of Private Lilley gained prominence in the prize list at the recent Baby Show held at Congleton and one can imagine the shock received by the mother when on arriving home from the exhibition, the letter from her brother in law was awaiting her, containing the news that her husband had died in battle, the letter ran, I must ask you to take what I am going to tell you as calmly as you possibly can, but I am very sorry indeed to have to tell you that Jack has been killed, it happened early yesterday morning, the 30th of June. I cannot really explain in writing how I feel over it, for it has made the situation unbearable. I cannot tell you how much he will be missed, but you and the child have my deepest sympathy. I went to his Company Headquarters as soon as I received the news and his Officer told me that it was quite true. I received what few belongings he had on him at the time, there was only a few old letters, which you will find enclosed. Well, I hope you don't take this too sadly, but God only knows it will be hard on you. I will now close, as I don't feel like writing anymore just now.

Of such lads what can one say? Steadfast and true unto death, heroes all, although they will not admit it, just as we at home know them to be, into the fray with a joke, a dry cynical joke as often as not, holding fast through the ordeal that baffles description, both newly tried youngsters and old campaigners without fuss, just because it is their duty to do so.

The lot of heroes who have laid down their lives was far from rosy in that dreaded area called the Front. But,

However distress may have trained them below.
However overwhelmed with the breakers of woe,
They sleep in the stillness of peace and at length.
Still awake in the glory of virtue and strength.

Great sympathy is felt for Mrs. Lilley and the dead soldiers family in their sad bereavement.


Cheshire County Memorial Prject would like to thank John and Christopher Pullen for the research on John.