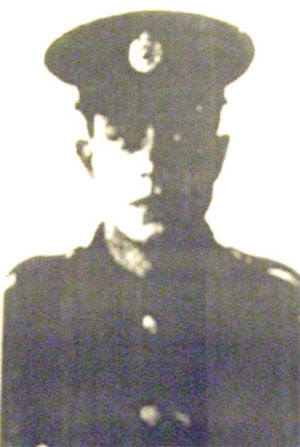 Born in 1895 at Knutsford, youngest son of market gardener, John, and Mary Vernon, 116, King Street, Knutsford, and brother Harry, who was also a casualty of the Great War. Percy was a cabinet maker and joiner and worked for Mr Frank Nott in the town, however, when he attested into the army he took along a Trade Proficiency Certificate, signed at Castle Street, 29 December 1914, by a civilian tradesman, Ernest Channell, Joiner, (Builders Foreman), declaring him to be a skilled cabinet maker. Percy was a member of the Wesley Guild, the Temperance Society, the Band of Hope, and the Knutsford Brotherhood. In September 1914, he became a Local Preacher on trial and took the pulpit in all the churches in the circuit before Christmas. Percy attested 28 December 1914, at Knutsford. Medical records show him to be five feet eleven inches tall weighed 144lbs with a chest measurement of 34 ½ inches, he was aged 19 years and 6 months. It was not long before he was drafted with the British Expeditionary Force to France on 31st May 1915.