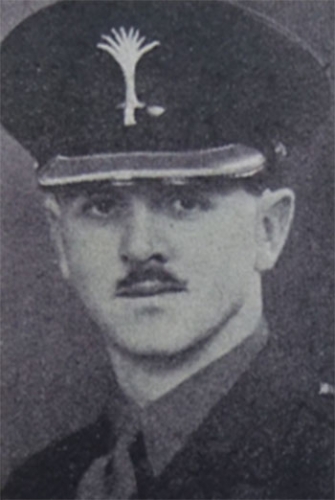 Born 21 September 1920, son Harold and Eveline Preston, (nee Lisle), Harrison, of Bradshaw Mount, Upton, Macclesfield. Roger was educated at Radley College and Manchester University where he gained LL.B. Hons degree. He then went to work as a solicitor with his father, in the firm, Messrs Pattison and Harrison.

Not only did Roger have a brilliant academic career, but he was also to the fore in sport, and having gained his Colours at Radley he captained the University team at cricket and hockey. He also played for the Prestbury Cricket Club, being a fine first-wicket batsman, and at times he assisted the Macclesfield Hockey Club.

Before going to Italy, Roger served in the North African campaign, and whilst a Lieutenant, was wounded in action. On recovery, he was appointed Adjutant to the Guards Brigade in Italy, and volunteered to re-join the Brigade in action.

Captain, Roger Lisle Harrison died of wounds, Monday, 12 June 1944, while serving on the Fifth Army Front in Italy, he was aged 23 years.