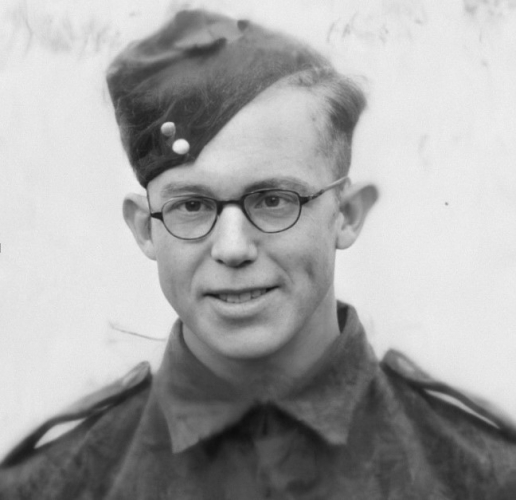 Born on 3rd August 1923. Ron was the youngest of five brothers, he lived in Bebington.

Ron was a tank driver during WWII and was killed on 24th March 1945 during the crossing of the River Rhine in Operation Varsity.

Operation Varsity is not widely known about but was part of Operation Plunder and is considered to be the biggest and most successful airborne operation in history and marked the beginning of the end for Germany.

In the early morning of 24th March 1945, a force of 440 gliders towed by 440 tug aircraft of the RAF, took off from airfields in southern England.  Of the eight Hamilcar’s that transported the M22 Locusts of 6th Airborne Armoured Reconnaissance Regiment, one broke up in mid-air as it approached the Rhine, possibly due to structural failure, and all aboard were killed.  Seven reached the landing zones intact but had problems when they landed due to anti-aircraft fire and smoke obscuring the area. Four landed safely, but the other three came under heavy German anti-aircraft fire and crashed as they landed; one tank survived with a damaged machine gun, another crashed through a house which put its wireless radio set and main armament out of action, and the third broke loose of the glider as it landed and was flipped over onto its turret, which rendered it useless. 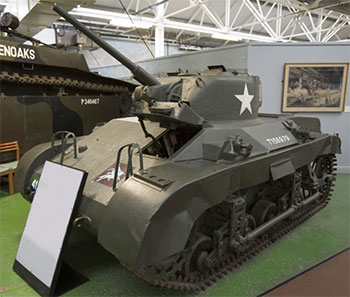 It is believed that Ron was the driver in one of the Locust tanks, but it’s not known which one.


The Cheshire Roll of Honour would like to thank, Alan Gough for the information and picture of Ronald.