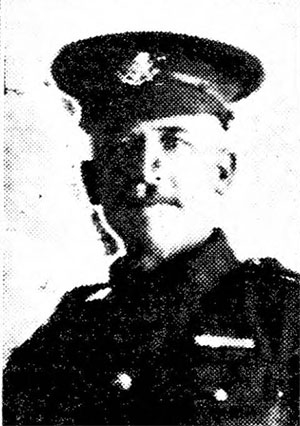 A well-known Chester National Reservist was laid to rest with full military honours on Saturday. He was Pte. James Hogg, of 5 North-gate terrace, Chester, who for twelve months has been doing duty at Chester Castle with the Cheshire Regiment. Aged 51 years. Hogg had been ill only four days and died in the Royal Infirmary on Thursday week from pneumonia and heart failure. He was an old soldier, who had served in India and Egypt, and possessed the Egyptian medal for 1882 and the Khedives star. He became an enthusiastic member on the formation of the local National Reserve. He also for five years was a member of the Chester Fire Brigade. Deceased leaves a widow, two sons (one of whom is on service at Salonika, having been invalided from France with frost-bitten feet and afterwards sent to the East), and three daughters. The military funeral was largely attended and was of a most impressive character. The Rev. H Grantham, V.D. officiated. The body had been removed from the Infirmary to the Military Hospital, outside which building the sad procession formed up. It was headed by the Depot band, and a firing party was in attendance, also a goodly contingent of N.C.O.’s and men. At the cemetery volleys were fired over the grave and the Last Post sounded.