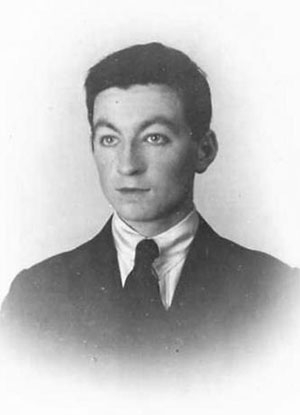 Born in 1895 at Bosley, son of miller, Henry and Annie Heap, (nee, Osbourne), Pritchard, at Lower Works, Bosley. Tom had an elder sister, Agnes. In the 1911 census, Tom is shown to be working as a ‘checker in’ at the corn mill; however, his occupation when he attested was as a service roller man at the corn mill.

Tom attested, 09/12/1915, at Macclesfield, and was initially placed with the Royal Field Artillery, training at Preston and Rugeley, before being transferred on 07/01/1917 to the York and Lancaster Regiment. He was five feet nine inches tall weighed 128lbs and he had a thirty-five-inch chest measurement. He embarked from Folkestone, 07/01/1917, arriving the same day at Calais. His theatre of war was France; he died of gunshot wounds to the buttocks, in the General Hospital at Rouen, Saturday, 28 July 1917, aged 22 years.


The Cheshire Roll of Honour would like to thank H.A.G. Carlisle for the information and picture of Tom