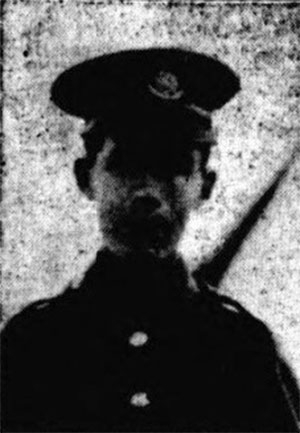 Joseph had been born in Oswestry, Shropshire. At some later point, the family moved to 53 Belmont Street, Stockport. In 1914, Joseph's parents and his brothers, Oswald and Wille were living there. He was a pre-war member of the Territorial Battalion and was mobilised on 4 August 1914. On 20 December, Joseph's company was one of two in the front-line trench when he was killed, probably by shellfire. He was buried just behind their position in the village churchyard. The church and its graveyard were badly damaged by shelling during the war and 23 graves, including Joseph's, were destroyed. He is now commemorated on a special memorial in the graveyard.