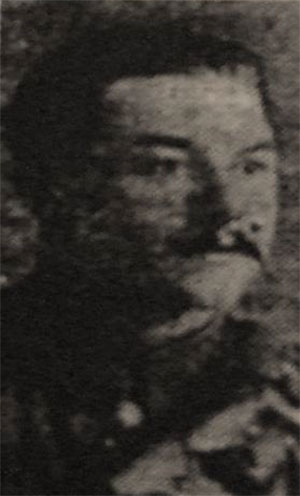 Born in 1891 at Knutsford, son of market gardener, John and Mary Vernon, 116, King Street, Knutsford. Harry was the second eldest of three boys, Frank being the eldest and Percy just younger than Harry, the youngest in the family, was their sister Elsie. By 1911, Harry was working as a coachman, he later worked at the Knutsford Steam Laundry, however, sometime after this, he moved to New Brighton and held a similar position. When he enlisted into the forces, he declared he was working as a vanman.

Harry attested on the 3rd September 1914 at Liverpool. His army medical records describe him as being five feet nine inches tall weighed 148lbs with a 37 ½ inch chest measurement, he was of good physical development, with brown eyes and brown hair, his religion was Church of England. Once he had undergone his gunnery training, he soon gained promotion, he was appointed Acting Bombardier, 2nd November 1914, this was soon followed by promotion to Bombardier on the 18 February 1915, and less than five weeks later he was a Corporal. Harry was drafted with the British Expeditionary Force to France, embarking from Southampton, 1st June 1915, arriving at Le Havre the following day. He was engaged in many battles which included Arras; he was mortally wounded on Sunday, 3rd June 1917, aged 25 years.

His brother Percy also fell during the war.