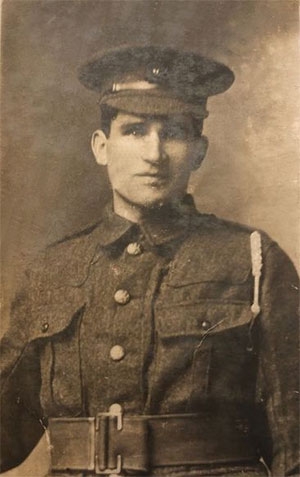 Ernest Groves was born in Peover, Cheshire in 1891, one of four children born to Samuel (a roadman) and Sarah Groves of Pinfold Farm, Marthall, Cheshire. In 1911 Ernest was working for Edward Davenport as a cowman,

He married Elisabeth Timperley in 1913. 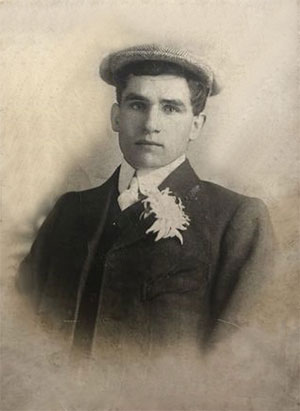 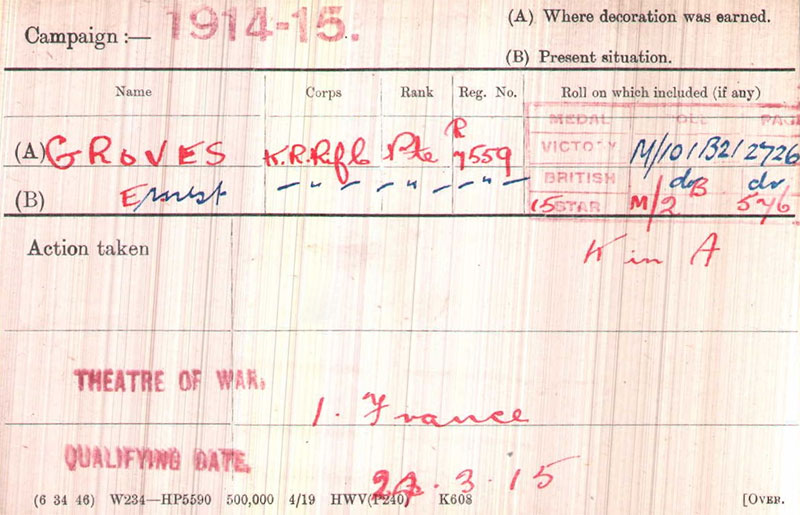 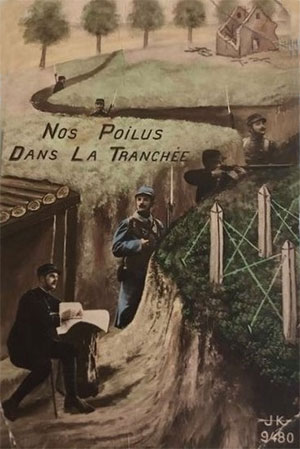 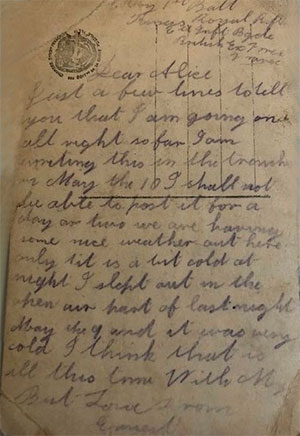 First a few lines to tell you that I am going on all right so far. I am writing this in the trenches on May the 10. I shall not be able to post it for a day or two, we are having some wet weather out here, only it is a bit cold at night, I slept out in the open air part of last night May the 9 and it was very cold. I think that is all this time.

With my best love from

On May 9th and 10th the battalion were in the trenches that ran parallel with the Rue Du Bois, the overlay map below shows the area and where Ernest was when he wrote the postcard. 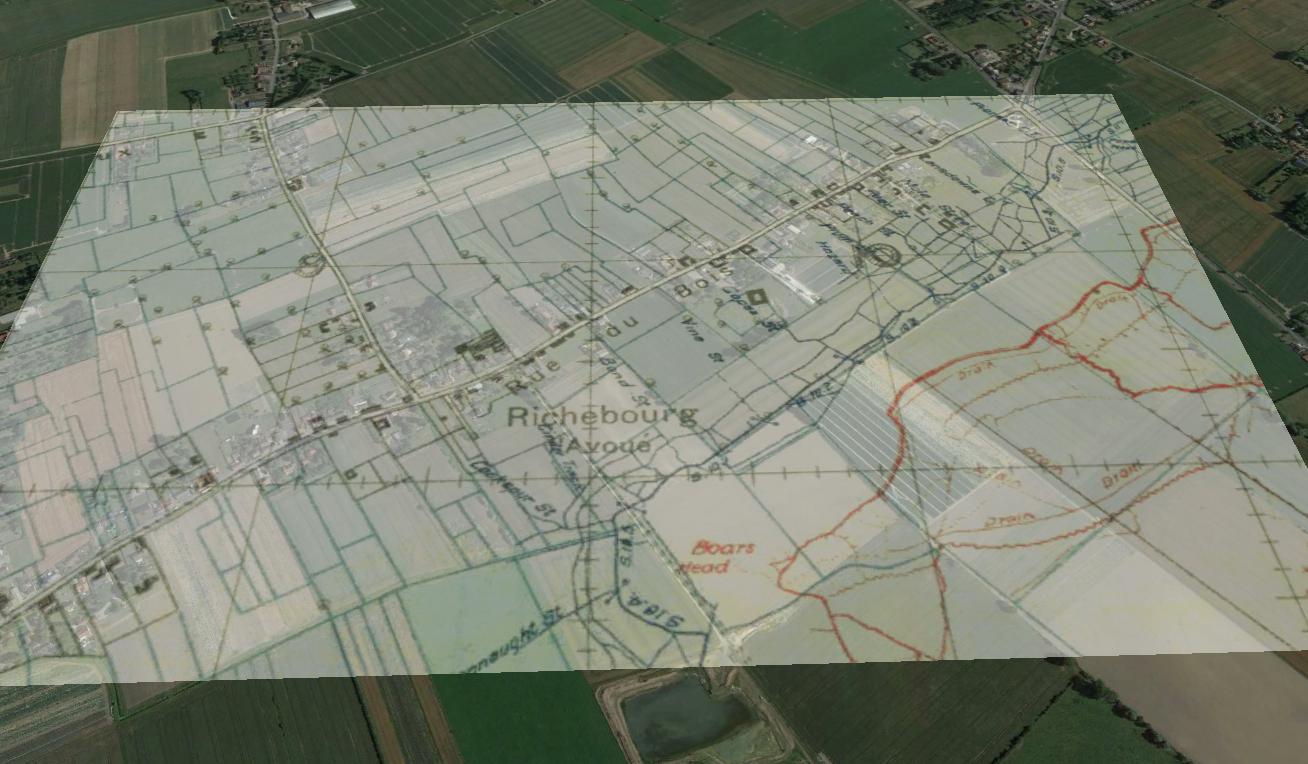 Ernest was killed in action on the 29th September 1915. The Battalion War Diary states:

At 5 a.m. the Germans commenced heavy bomb attacks at the same as the previous day, where D Coy. had relieved A They failed to make any progress, and ceased their efforts after about 2 hours. 2/Lt Cayley was killed during the attack . Simultaneously they attacked the barricade in St ELIE AVENUE which was now held by the Worcesters.Here the Germans immediately made progress, partly because the fuses of the Worcester’s bombs were wet and would not light. The Worcesters retired in some disorder to where C and B Coys were holding the old German line. The Germans who had made a very plucky and well organised attack advanced until they were stopped by heavy rifle fire from our two companies and had nearly all their leading men killed. The Germans had come within about twenty yards of the old German front line, about 10 man of C Coy went for them with swords fixed and though some of this party were hit by hostile rifle fire from the left. The Germans retired further back. Immediately a supply of bombs had been secured, a bombing party from C Coy drove the Germans, who seemed to have had enough of it, back to their own barricade. We then consolidated our position and strengthened the barricade.

A little later the Germans shelled ST ELIE AVENUE heavily for half an hour with 4.2 inch and then threw a few bombs but on our replying left us alone for the rest of the day. The barricade was held by our bombers until we were relieved that night by the Kings Own, while the Worcesters held the rest of ST ELIE AVENUE.

All the afternoon there was very heavy bombing near FORRE and HOHENZOLLERN REDOUBT while urgent requests for bombs and bombers came down every few minutes, We had no bombs to send and of our own bombers who went down to help, few returned. 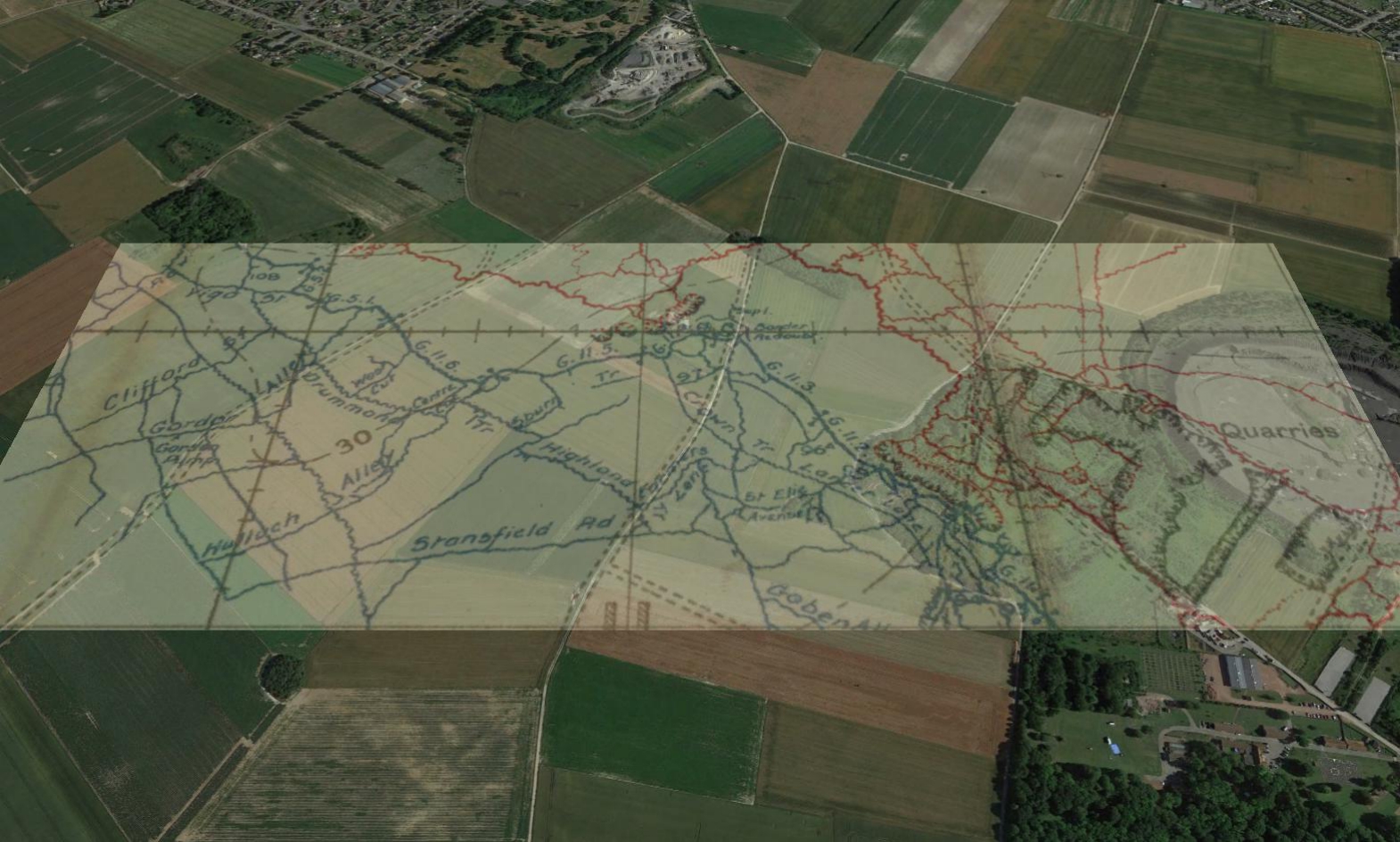 St. Elie Avenue can be seen on this overlay

Researched and compiled by the Cheshire Roll of Honour and  Tony Davies. Special thanks to Claire Kay for the pictures of Ernest.