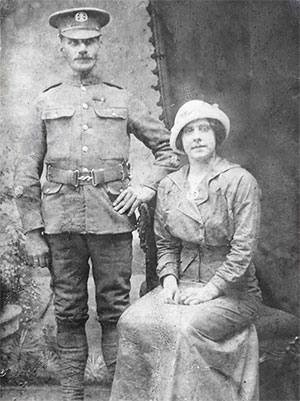 Son of James and Mary (Garnett) Percival, Runcorn. Mary Emma was the Daughter of Captain William Garnett of Runcorn. James was the youngest of 11 children. James married Elizabeth Lillian (Mitchell) daughter of Alexander Mitchell, 29th October 1905 at Holy Trinity Church, Wavertree. They would go on to have four children, James, Eric, Lillian and Cyril.

George was a professional soldier joining the army in 1897. He served in the South African (Boer War) in 1899 with the 1st Battalion of the South Lancashire Regiment under General Redver's Buller's command.

He was involved in engagements at Spion Kop, Colenso, Tugela and he was present at the Relief of Ladysmith. For 16 months he was in command of a block house four miles from Botha's Farm.

On December 23rd, 1899 he was given the honour of commanding the Company Scouts by Captain Oakley

On March 2nd, 1902 he was promoted from Lance Sergeant to the Rank of Sergeant and was the youngest Sergeant in the Company and was transferred to the 2nd Battalion. He then sailed from Africa to India.

In March 1903 he returned home to Runcorn having arrived on the troop ship Soudan on March 11th at Southampton. He became a reservist at that time.

With the outbreak of war in 1914 he re-joined his old regiment and became a drill instructor at Tidworth and other places. 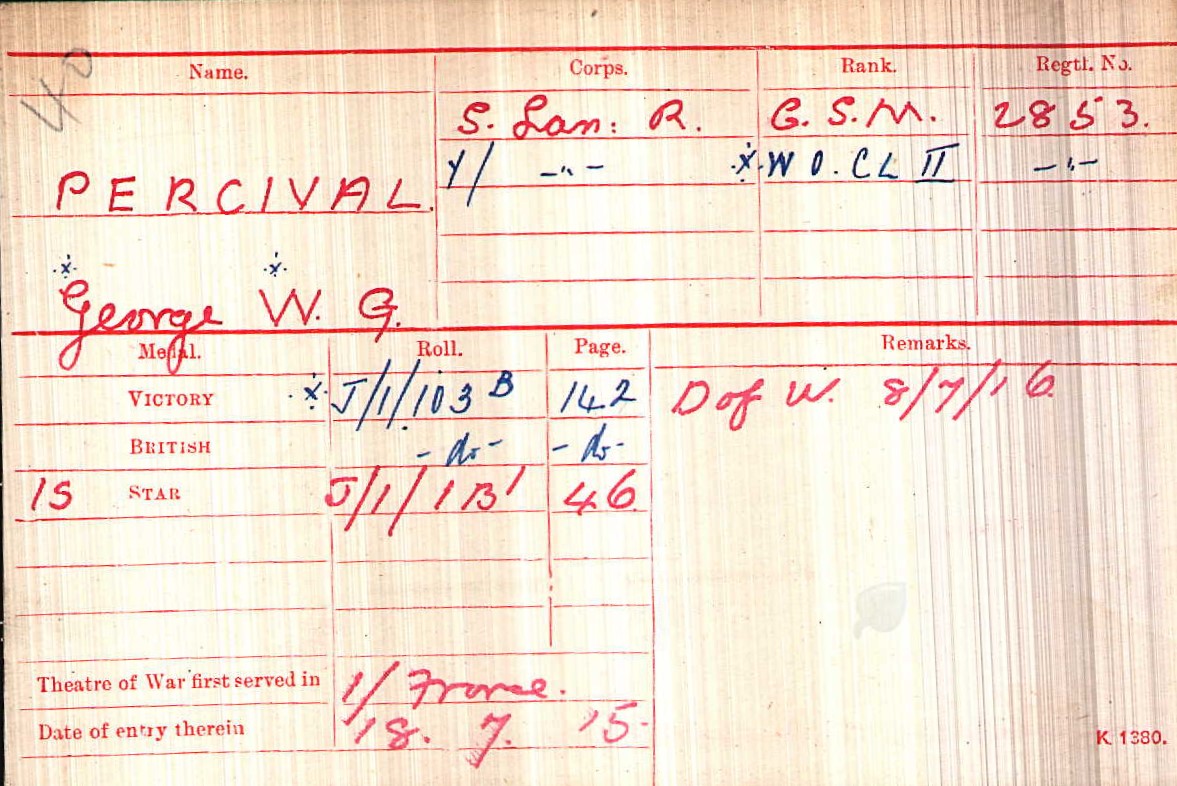 George was drafted to France 18th July 1915.  The 7th battalion were in the reserve lines on the 1st July 1916, the first day of The Battle of the Somme and did not attack but were close to the fighting around La Boisselle, it is quite possible that this is when George was wounded. He died seven days later at the military hospital in Boulogne.


The Cheshire Roll of Honour would like to thank Dan Hill, Great Grandson of George for the picture and information.