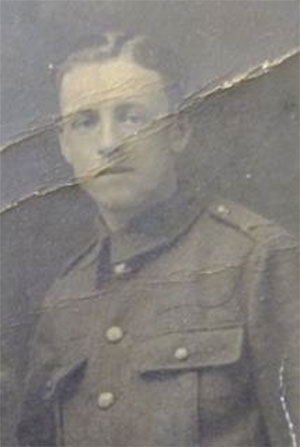 Born in 1894 at Macclesfield, son of house decorator, Nathan and Sarah Ellen Dixon, (nee, Needham), of, 7, Alderley Street. In 1911, they were living at, Fern Lea, 137, Chester Road, and James was working as a house painter, his siblings were Hannah Alice, Wilfred Heathcote and John Needham.

He attested at Macclesfield, his service record shows his first theatre of war was the Balkans going with the Cheshire’s to Gallipoli, 09/08/1915; this would have been with the 7th Battalion. 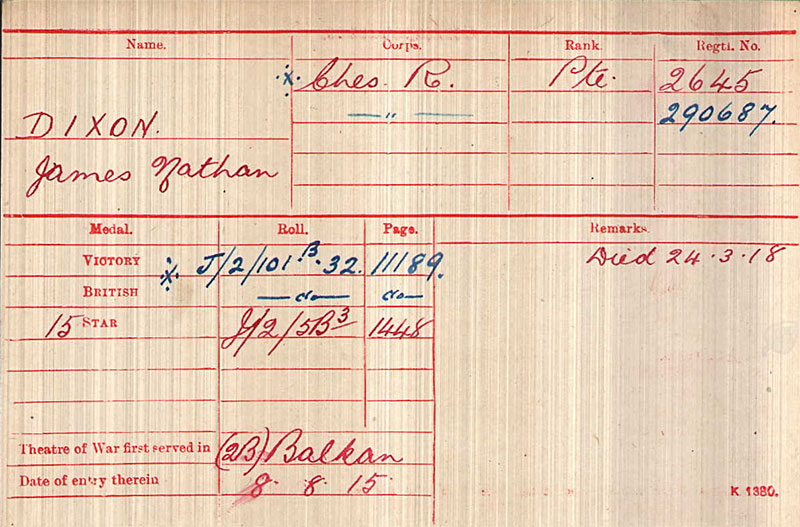 Having survived here, he then was drafted to the Western Front. The 11th Battalion were engaged in battle at St Quentin, they moved on the 21st March 1918 from Bihucourt at about 9 a.m. to Favreuil, and on to point east of Beugnatre. At approximately 5.30 p.m. on the 22nd it was ordered to occupy a position near Chaufours Wood, and the road running south from Morchies, which it did after making a short attack with the assistance of some tanks. Heavy casualties were caused by enemy shelling. At about 8 a.m. on the 23rd the enemy renewed his attack. The Battalion were compelled to withdraw to Beugny, and then to the “Army line” near Sapignies. James was killed in action, Sunday, 24 March 1918, aged 23 years.